Factory of the Future and Leader School: This Is How ASI Views Its Strategy 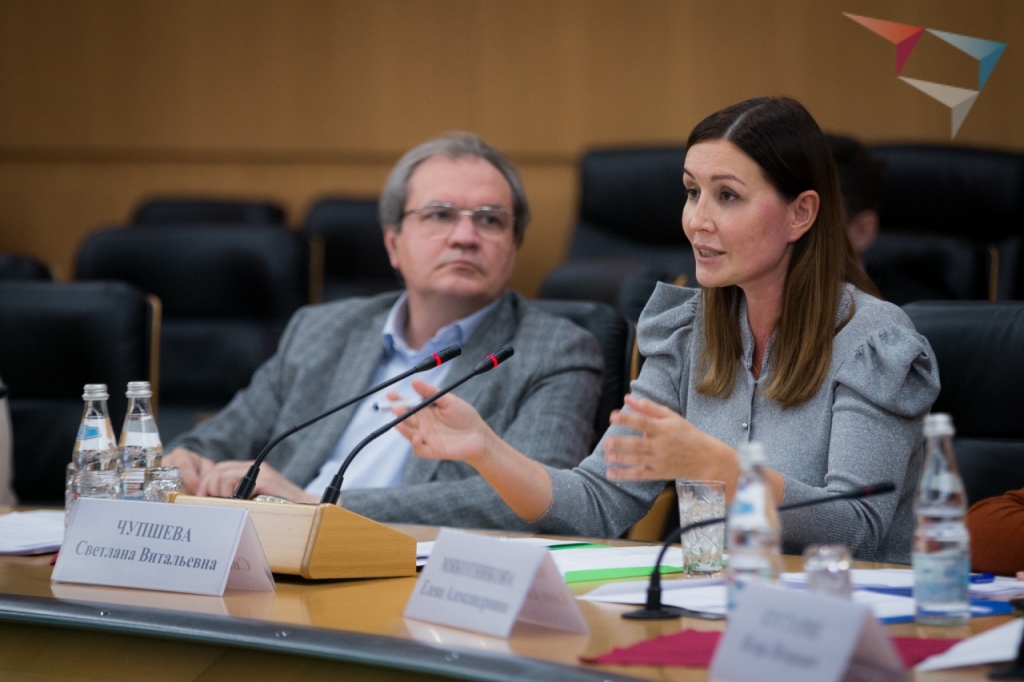 The participants of the extended meeting of ASI expert council discussed the tasks faced by the Agency for Strategic Initiatives (ASI) and the ways of their fulfillment on May 30, 2017.

Factory of the Future and Leader School

The General Director of ASI Svetlana Chupsheva presented two directions of the Agency’s development. On the one hand, ASI resembles a factory of the future. It is a site that uses innovative solutions and technologies enabling one to assess projects within a short period of time, to test and implement best practices, and to scale them all over the country. “This helps us find the best solutions in the area of regional development, investment climate improvement, staff training, and social policy,” said the head of ASI.

The second direction is leader school. The initiators of the project, regional activists that work with the Agency gain an opportunity to show themselves in state management or business, but in another capacity. This may be called a social elevator, an instrument for personal or professional growth.

Also, Svetlana Chupsheva emphasized that in order to resolve these issues one has to use ASI expert council in full. “It is important for the support of our initiatives and the promotion of results outside, on regional and federal sites. I want our mutual work not to stop on the expert analysis of the projects. We are expecting interesting ideas and suggestions in the framework of current initiatives. With your support we will be able to reach our ambitious goal - to become ASI 3.0,” said the head of ASI to the expert council. Anna Belova, deputy chairperson of the expert council for strategic development, scientific manager of the Center for Systemic Transformation (MSU), visiting professor of National Research University Higher School of Economics, member of the Board of Directors of Unipro PJSC, Tiscali S.p.a, and CFE inc Entrepreneurship Center

“For our future collaboration we have to use a number of system events as a roadmap. While working on projects we have to use a strategic matrix of global KPIs. For example, the number of projects implemented in the social sphere cannot lead to qualitative changes. It is only possible by means of systemic attraction of investments for the development of social projects and establishment of stable links between the economy and social sphere. If KPIs and links of this level occur, the strategy in the directions decomposes. One should consider how today’s portfolio of ASI projects fits the change strategy, and what should be done for these changes to become irreversible.

Synergy of ASI directions should become an efficient measure. Today we are facing several global challenges that the regions are to face first. These are the implementation of new technologies and the release of people. One may find an answer in the Relevant Solutions Store that should be supplemented with a strategic staffing block based on the Atlas of Emerging Jobs (developed in the Young Professionals Direction) as a priority for regional policies. There should be more systemic links that we lack today. If we manage to organize this work, we will be able to explain what we need from the state and why this or any other area should receive state support.

The activities of the Agency’s Directions may be reconsidered. One has to move from supporting individual projects to system support with complex effect. I suggest organizing brainstorming with the participation of interested parties and inviting regions, experts, and authorities. This should be a key point of discussion for the reboot of ASI 3.0”. Alexey Sitnikov, head of the working group “Development of Young Professional Personnel”, Vice-President for Management and Development of Skolkovo Institute of Science and Technology

“Speaking about the Young Professionals Directions I would like to point out to positive results and the efficiency of our work. National WorldSkills championship has recently ended in Krasnodar, and we saw what came from an idea provided by ASI. It is a large-scale project with practical results. Working under World Skills standard brings direct economic effect for the country.

Speaking about transitioning to ASI 3.0, one may point out an obvious issue that needs a solution. Historically it occurred from the current ASI format when each Direction works on its own, but there is almost not inter-directional collaboration within the agency. But a lot of areas overlap, for example, the economy and project of regional staffing standard for industrial growth. Human resources play an important role in making the economy stable again. On the next stage of transition to ASI 3.0 an integrator should be made on the level of ASI expert council and management to consolidate and analyze synergy points of the projects that may be combined together. The basis we already have provides for searching for prospective areas and new systemic projects”.

“We have been growing together with the Agency and have received massive experience over 6 years. We have considered many projects, but unfortunately quantity has not turned to quality. I can’t say that we’ve made the social sphere more efficient, open, competitive, or satisfactory. The influence on these processes does not correlate with the number of projects. Generally, social sphere is experiencing regression. That is why I suggest organizing a brainstorming session together with the colleagues from ASI. We should look into the future from the point of view of experience we have already gained. We should act step by step to increase the quality of changes in the social sphere.

For instance, today the actions of initiators of social projects and regional managers are not synchronized. We could organize mutual training to bring these positions closer to each other. This will help us identify the role of private organization and the level of state involvement in the social sphere. It is important to identify the level of satisfaction with state services, to receive feedback from the people - whether they like the direction we are going into or not. This task is of strategical importance, as the development of the social sphere may support the overall economic revival”.

ASI Priority and Strategies for the Next Three Years

In the end of 2016 ASI Supervisory Committee approved the strategy for the agency’s development that defines the main areas of operation with concrete results of implementation of key initiatives. The experts were told so by the heads of ASI departments.

The Agency is doing a lot to improve the investment climate. The President of Russia set a task to reach the 20th place in the international rating for the creation of beneficiary business conditions Doing Business. Thanks to the National Business Initiative (NBI) that is being implemented at the Agency’s site with the participation of businesses, state authorities, and business unions, Russia managed to reach the 40th place by now. The main roadmap events are to be finished this year, and after that the work will mainly focus on the monitoring of law administration.

The National Regional Investment Climate Ranking is the most prominent ASI project. The ranking includes four key areas for the improvement of the investment climate: regulatory and institutional environment, availability of resources, quality of infrastructure, and efficiency of support measures for SMB. The ranking is based on the polls taken among over 400 thousand entrepreneurs all over the country, as well as statistical data.

The head of the Regional Development Direction Igor Kustarin pointed out that the results of the ranking for the year 2017 will be presented on June 2 at Saint Petersburg International Economic Forum and will show the dynamics by separate regions and by the country in general.

Consistent implementation of the National Ranking in the long term (2020-2022) should lead to at least 50% of Russian constituent entities having investment climate values comparable to world levels.

To reach this goal, project offices have been created in each region in the most business-sensitive directions, and new management teams have been formed. A Center for Regional Development was created on the basis of the Russian Academy of National Economy, and the representatives of the regions are already being trained in accordance with the educational program developed for it.

In the end of 2016 during the meeting of the Presidium of the State Council in Yaroslavl a new stage of work for the local improvement of business climate (the implementation of target models) was started. The main task of the project is to eliminate the differences in the terms of business operations that still exist in the regions.

Igor Kustarin also told about a contest of social and economic practices that are being implemented in the regions. About 30 of them were included into the Relevant Solutions Store - a tool for massive distribution all over the country.

Deputy head of the Young Professionals Direction Evgeny Kovnir presented 2 strategic initiatives around which the Direction builds its work. These are the National Technological Initiative and the Regional Staffing Standard for Industrial Growth.

NTI is an important project for modern industrial policy that solves the issues of creating markets of the future and preparing new human resources for them. Evgeny Kovnir pointed out that the implementation of NTI shows dynamics - 8 roadmaps are to be approved before the end of the year. “The scale of NTI is growing. We are focused on the development of professional communities around each roadmap. This year Dmitry Medvedev approved the NTI Development Plan for 2017. The initiative was jointed by constituent entities of the Russian Federation, and right now a regional NTI model is being developed,” added Evgeny Kovnir.

He also presented the initiative for staffing support of industrial growth. A tool called a regional standard was developed for its implementation by the direction. Right now it is being piloted in 20 regions, and by the end of the year it is to be distributed all over the territory of the Russian Federation.

In his address to the Federal Assembly the President of the Russian Federation pointed out that ASI together with the Civil Chamber should undertake systemic development of the volunteer movement, remove all hindrances, and create support measures.

“We have already passed an action plan for the development of the volunteer movement to the Government. To do so we carried out polls in all regions and identified the best practices of state support of volunteers. A working group was created on the basis of the Agency with the participation of regional experts that made over 300 suggestions for state support measures. Right now we are developing a Model for the support of volunteer movement in the regions,” said Ruslan Smolensky.

He also presented an initiative called “New Quality of Life for People with Disabilities” that is being implemented in the social direction. It is aimed at the provision of the disabled with full access to high-tech modern means of rehabilitation, as well as rehabilitation and habilitation programs. The main tasks here are to develop and implement a new model of access to technical means of rehabilitation (TMR), secure individual approach to development, selection, and servicing of TMR, organize support for Russian manufacturers for the purpose of import phase-out, as well as to facilitate the removal of the existing administrative and legal barriers for the organization of technical access of the disabled to modern TMR.

One of the priorities of the social direction is the Skills for the Future initiative that provides for the modernization of the Russian educational system for the development of 21st century skills. The systems of general and additional education will be focused on the development of “competences of the future” in children, such as technological skills, teamwork, critical thinking, and leadership. 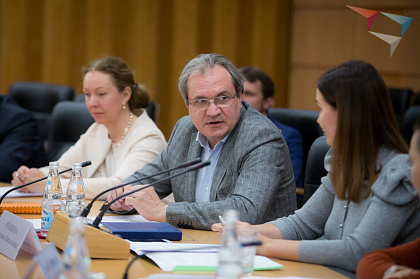 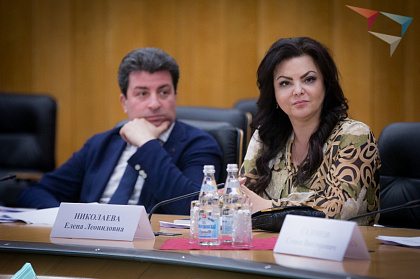 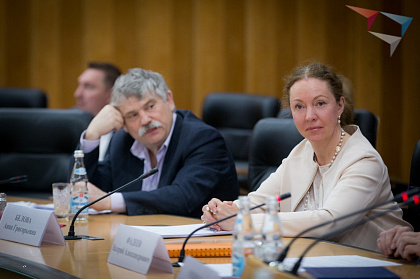 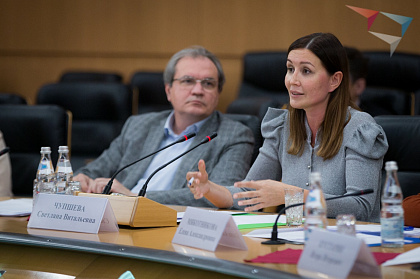 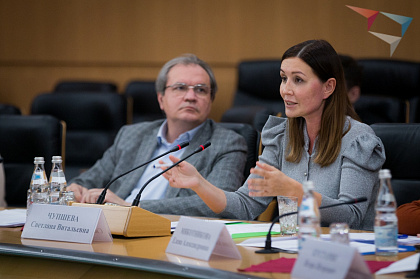 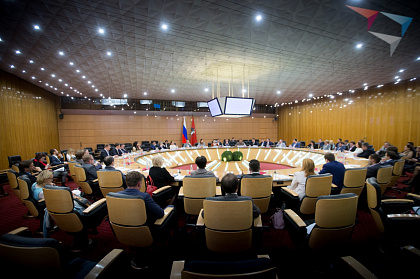 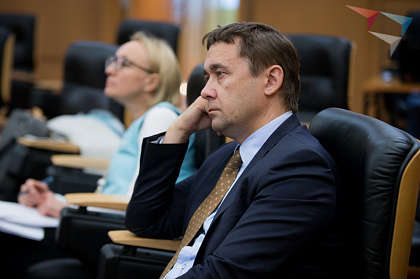 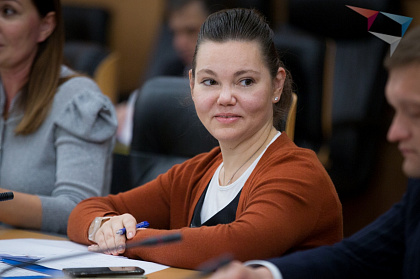 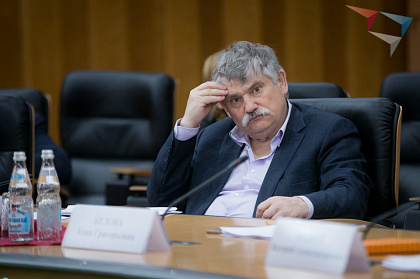 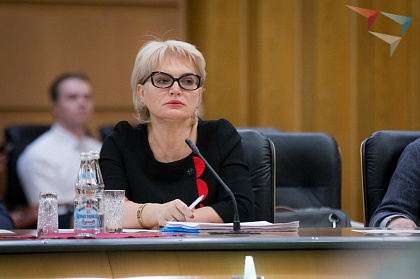 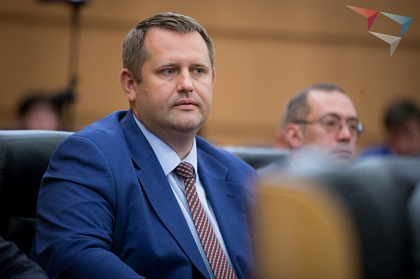 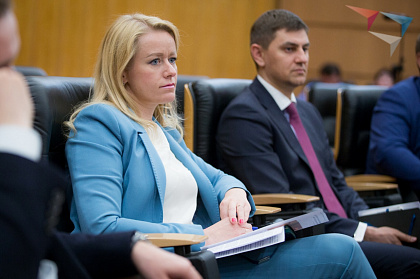 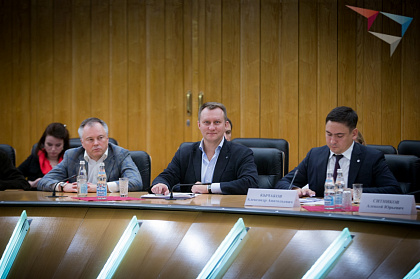 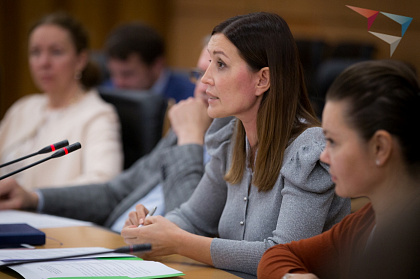 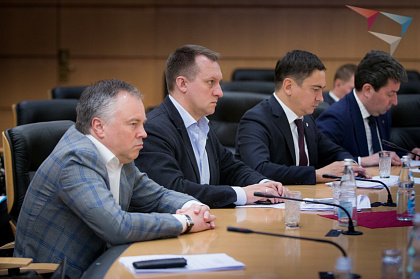 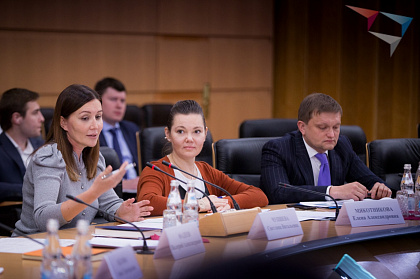 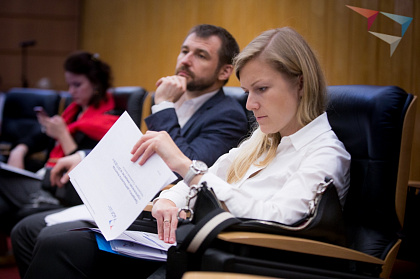 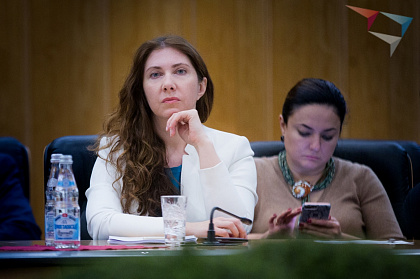 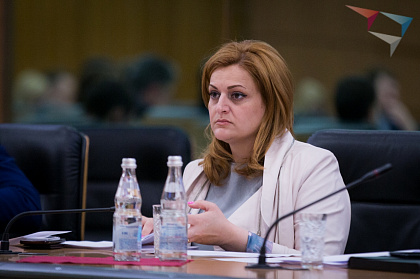 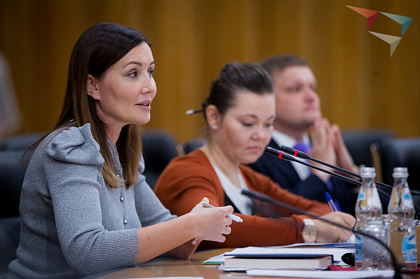