Russia joined the world movement in vocational professions of WSI 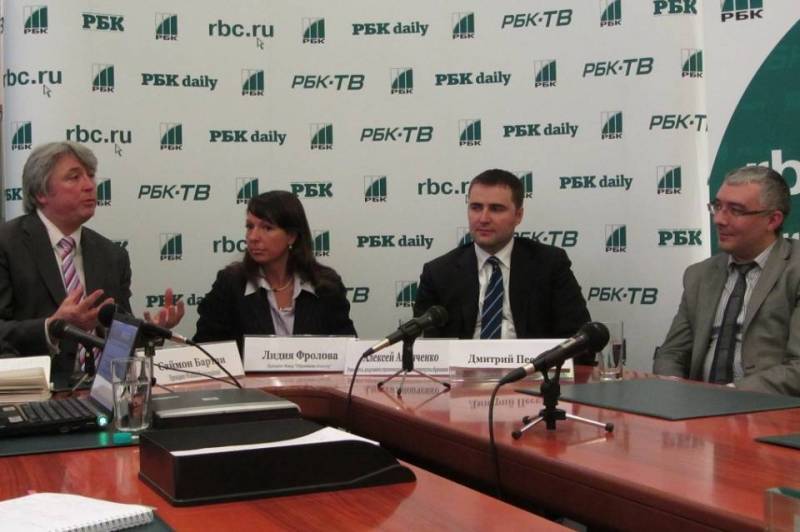 The plans of the country and Agency for creating conditions for the inflow of young personnel in vocational and technical professions, apparently, for the first time will bring tangible result.

Chief Executive Director of the WorldSkills International (WSI) David Haye confirmed that for Russia's full membership it remains only to make a first installment. In May this year, during the General Assembly our country officially enters the WSI among 60 members of WSI, and already in the year 2013 in Leipzig it will participate in the world's largest competitions of national teams on apprenticeship, which is often compared to the Olympic Games. The process of Russia's incorporation with the WSI has already spurred interest for the professional workers focus inside the country. For example, at the end of March, the Ministry of Healthcare and Social Development announced a similar national competition among the trades with impressive cash prizes.

Russian industrial production is experiencing a significant lack of qualified staff in working professions. Based on Rosstat (Federal State Statistics Service) data, by January 1, 2011 among the vacancies reported by employers, working profession amounted to 71%. However, only about 15% of graduates of institutions of secondary vocational education work in their occupations, and the average age of workers is 40-50 years. According to Russian President Dmitry Medvedev, this situation is a consequence of two global problems: insufficient working conditions (operational safety and labor protection, wage levels) and ignorance to the blue-collar jobs, which has developed in the society over the past 20 years.

To change negative trends, the country's officials attempt a complex set of steps aimed at creating a national demand for physical work. One of the most advanced, in terms of world experience, is the participation of the country in a major international event on labor professions. On October 21, 2011 The Staging of National Labor Championship WorldSkills project was approved during the first Supervisory Board of ASI, which took place under the leadership of Vladimir Putin. The Ministry of Education and Science joined the promotion of the Russian application immediately.

The matter is that in Russia, there are already several dozen of contests aimed to motivate young people to choose vocational jobs, most of which is held by the representatives of professional associations and enterprises. The most famous are the Federal programs: "Skilled workers of Russia" and «Moscow skilled workers».

During the meeting of the Russian Government held on March 29, the Head of the Ministry of Healthcare and Social Development, Tatyana Golikova, announced the opening of a new contest of labour professions with a great prize pool, "The best in profession". Winners will be determined on such subjects as "the best welder", "the best electrician" and "the best mason".
The advantage of such competitions is that they will surely motivate the professionals to achieve greater success. However, they do not allow to cope with the main task - to reverse negative stereotypes regarding working professions among young people and to ensure the massive influx of new personnel in industrial and engineering competence, which is now in dire need of the Russian economy. Participation of the National team in the international competitions, holding by WSI, allows reaching a completely different goal - a larger and deeper impact on aspirations of young people.
Director of "Young Professionals" Direction Dmitry Peskov compares the principles of the WSI motivation with the Olympic, the essence of which is that the sport is becoming popular among the hundreds of thousands of people, although the glory of the champions and Olympic medals in the end is won by a few. Young people will carry Russian flags in front of hundreds of thousands of people, they will become heroes. WorldSkills, in our opinion, is a hero-production system. And we are exceptionally lacking this system of hero-production in our country, Dmitry Peskov said.

WSI Championships really are held on an Olympic scale. For example, the 2011 Championship in London was held in the exhibition center with an area of about 100 square kilometers, was broadcast by the leading channels in more than 50 countries around the world, and the number of visitors has exceeded 200 thousand people. The British Prime Minister David Cameron, the French President Nicolas Sarkozy were present among the guests.

Lydia Frolova, President of the Education to the Society Foundation, which became a representative of Russia's interests in the WSI, is unanimous with the position of Dmitry Peskov. She is amazed by the results of a survey among Moscow schoolchildren: They recognize only 10% of the occupations from the list of professions that are presented at the 2009 WorldSkills. They just do not know who these people are, what they are doing.
According to the expert, in Russia the illusion of relatively high social status of higher education is stronger than anywhere in the world.

This is reason why we have a very large number of bad engineers and much less very good workers, Lydia Frolova marked. This is a serious mental bias, which makes a large number of people unhappy and violates our basic economy.

Mrs. Frolova recalls that during a visit to the WSI Championship in London it immediately turned her attention to its resemblance to the Football World Championship or Olympic Games: its scale, its gusto that young people shared, who competed in landscape design, hair design, robotics. She is convinced that nothing can motivate for getting a work specialization, as the organization of competitions by international standards.

According to the organizers, the preliminaries will be held in three phases with focus on competence, which is most demanded by industrial enterprises in the regions. These will form the first 5 or 7 directions in which shortlisting is going to be conducted for the national team of Russia for participation in Leipzig. According to experts from Ministry of Education and Science, which coincide, however, with the views of ASI, now in the Russian economy competences in the field of mechatronics, hi-tech welding are the most in demand. Yet, analysts acknowledge that Russia has a greater chance of success if the upcoming competitions if it bets on competences, in which it is traditionally strong - programming, cooking and hairdressing.

ASI from the very beginning actively supports the initiatives of the "Education to Society" Foundation. The employees have carried out overall coordination, negotiated with WSI and organized a visit to Russia of Simon Bartley, the President of the Organization, discussed the importance of the project with line ministries, agreed on the project progress in the regions.

We have had a few months of co-ordination of interests, and we have worked with key regions", - recalls the Director of "Young Professionals" Direction Dmitry Peskov, - Now among them we already see the increased interest, they are willing to co-finance the program. Moscow, Kaluga, Ulyanovsk, Samara, St. Petersburg, Tatarstan and some other regions are ready for regional stages.

On January 31, there took place a meeting of the Minister of Education and Science Andrey Fursenko and the President of the Movement Simon Bartley. The communication resulted in the firm conviction of the high foreign functionary in the need for Russia's incorporation with the WSI.

Under forecasts of experts of the project, it is likely that the WSI Championship may already be hosted in Russia in the 2019. "At first we will busy with Olympics in Sochi, then FIFA World Cup, then we shall well have a couple years to get prepared", - Aleksey Anopchenko says, the Head of the Strategic Development Department of the Ministry of Education and Science of the Russian Federation.

The WSI President Simon Bartley agrees with the plans of Mr. Anopchenko, who intends to occupy the post of President of the WSI up to this deadline and is going to provide support to Russia.