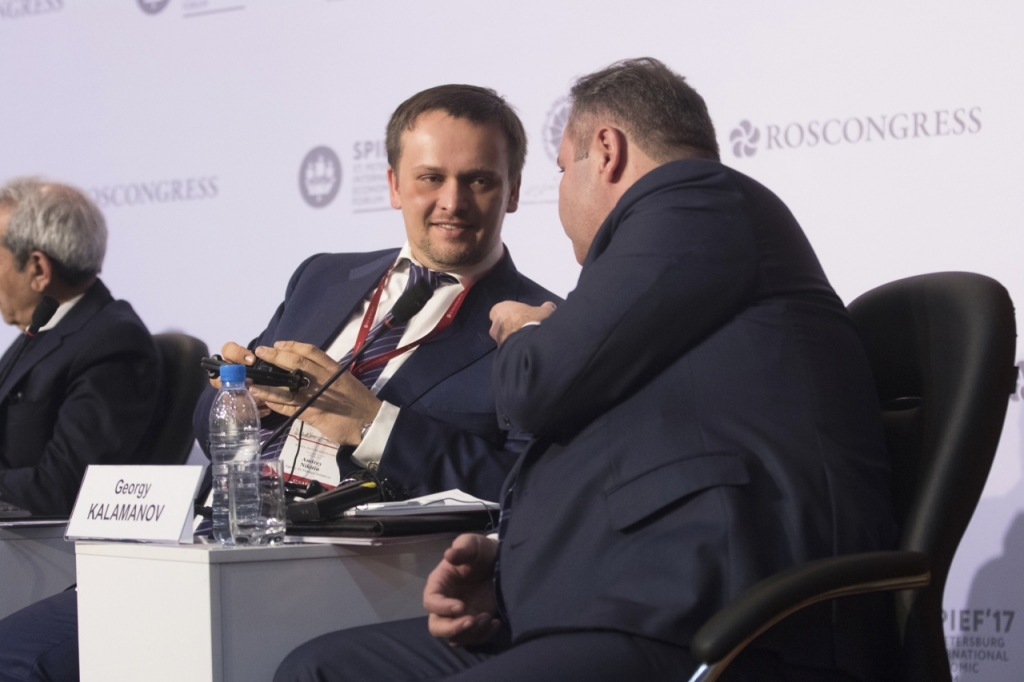 The purpose of our work: to ensure that by the year 2035 high-tech companies market in Russia accounts for up to 50% of gross domestic product. In this regard, we are very much incentivized in working together with our colleagues from Iran. The potential here is great, - stated Andrei Nikitin, General Director of the Agency for Strategic Initiatives (ASI) at the plenary meeting of "Russia-Iran" business forum, held in Tehran (Iran) on December 13, 2016. The forum was organized by the "Roskongress" Foundation within the outreach activities of the St. Petersburg International Economic Forum (SPIEF-2017).

National technological initiative is not the only subject in which Russia and Iran, according to the head of the ASI, can find points of interaction. The modern workforce training for the industry is considered to be the priority cooperation direction. "The Islamic Republic of Iran had recently acceded to the "WorldSkills" movement. An agreement is signed between our countries on cooperation in this direction. And I think, we have here great opportunities to synchronization and association of professional standards in the field of workforce training, so that we, as much as possible, are able to cooperate in industry, said Andrei Nikitin.

During the plenary session, the parties also discussed the development of trade and economic cooperation between Russia and Iran, in particular in the area of increasing grain exports.

The head of the Ministry of Energy of the Russian Federation Alexander Novak reported that Russia sees cooperation with Iran in the agricultural sector as a priority. The Minister recalled that Russia has traditionally been a supplier of grain crops in Iran.

Within "Russia-Iran" business forum a presentation of the investment potential of Russian regions took its place. The Governor of Ulyanovsk region Sergei Morozov stated that the region is already working with Iran in areas such as nuclear technology, automotive, logistics and trade. According to the Governor, the cooperation should be expanded. The region plans to conclude a number of agreements with Iranian partners on establishing of several enterprises in the territory of the Ulyanovsk region with the participation of the Iranian capital funds.

The Center of exports support of the Entrepreneurship Development Corporation of the Ulyanovsk region is working on the possibilities for the Ulyanovsk products to enter the Iran market. This raises the need to create optimal logistic cargo delivery channels to Iran and methods of payment. To solve this problem a logistic hub project is created in the region, within which it is planned to increase the port capacity on the Volga River in order to load-up the ships with consolidated cargo. Estimated period of project realization - 2017—2018. Convenient logistics even today allows delivering the goods through key ports directly to Iran via Ulyanovsk - Astrakhan - Anzali route.

According to the Minister for North Caucasus affairs Lev Kuznetsov, creating Caspian transport and logistics complex will also be a powerful incentive for the development of trade relations with Russia, Iran in particular, with the regions of the North Caucasus.

On the instructions of the President of Russia a concept of seaports of the Caspian basin is being developed, which will make the most effective use of infrastructure for the development of transport and logistics flows between Russia and Iran, the Minister said.

The strategy of creating the Caspian freight logistics facility should be developed by March 1, 2017. Lev Kuznetsov suggested the Iranian side to participate in the development of this document.

It is important to cross-reference our plans for Caspian projects of Russia and Iran to evolve within a single logic, he said.

It is assumed that the Caspian cluster will provide the development of trade cooperation for Russia not only with the Middle East, but also South, South-East Asia, as well as it will enable to reduce the way of transporting goods from North to South by 1.5 times, thereby reducing the cost of transportation of cargoes at 10-15%.

Another promising direction for further cooperation between the Northern Caucasus and Iran can become the localization of Iranian productions in the territory of the North Caucasian Federal District. According to the Advisor of the General Director of the ASI, Anvar Gadzhiev, it can be primarily the ecologically clean production of halal products. Besides, there is a potential for the development of cooperation in the sphere of skiing and medical tourism. 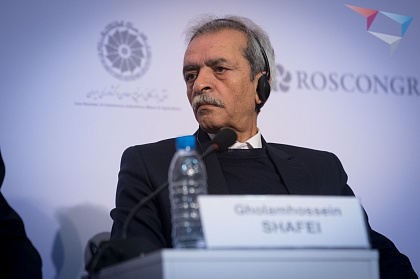 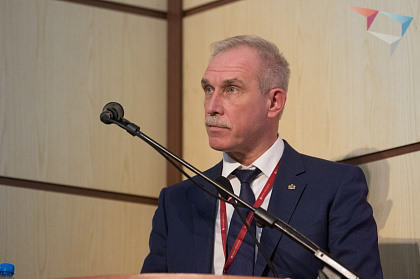 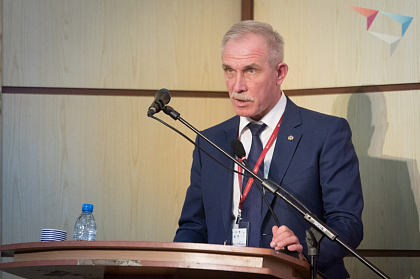 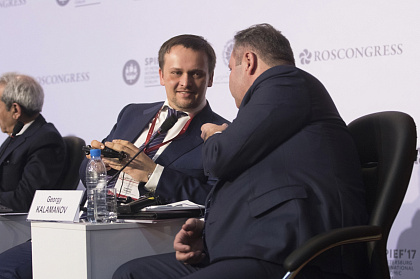 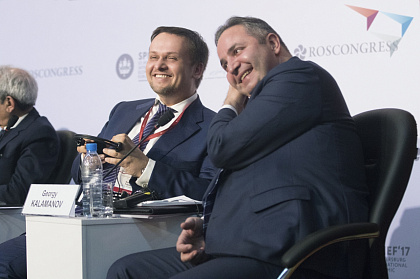 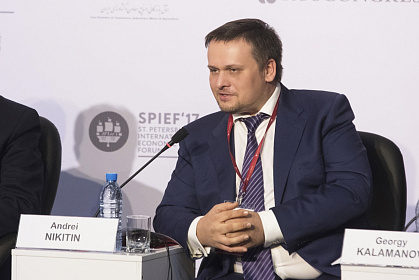 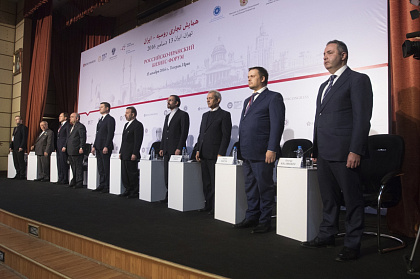 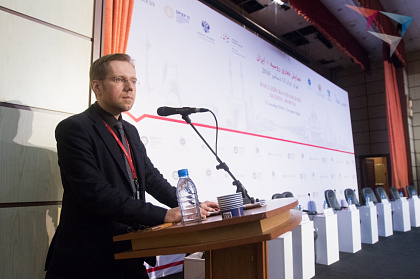 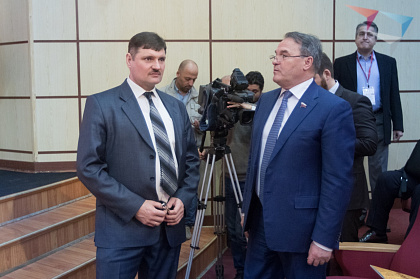 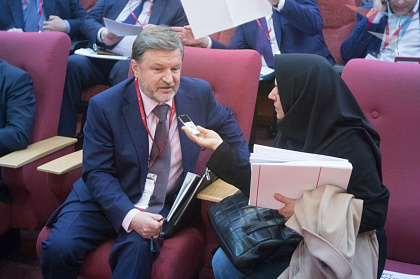 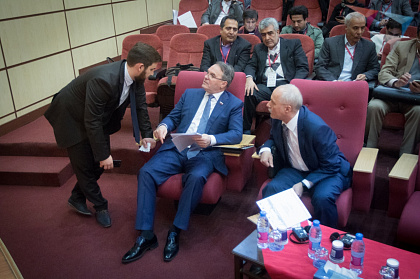 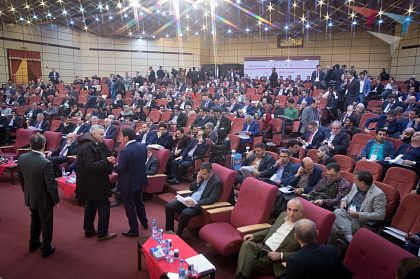 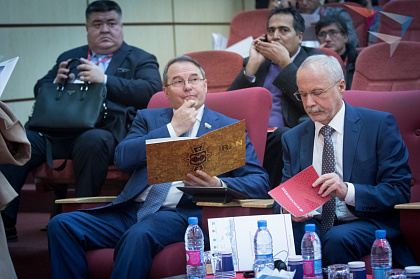 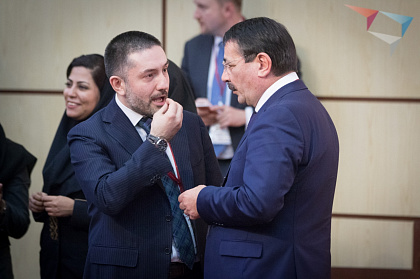 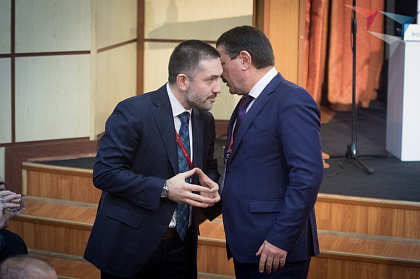 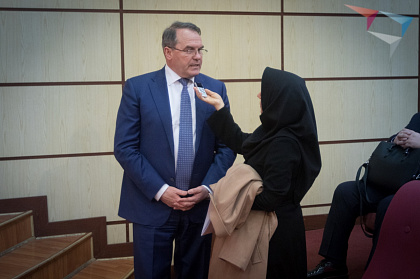 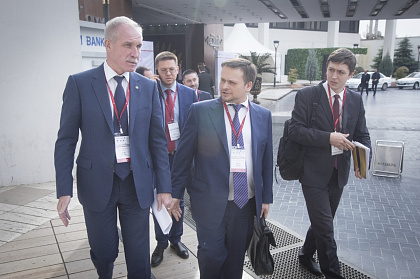