The President to commission ASI to start supporting of volunteer and charity actions, non-commercial organisations 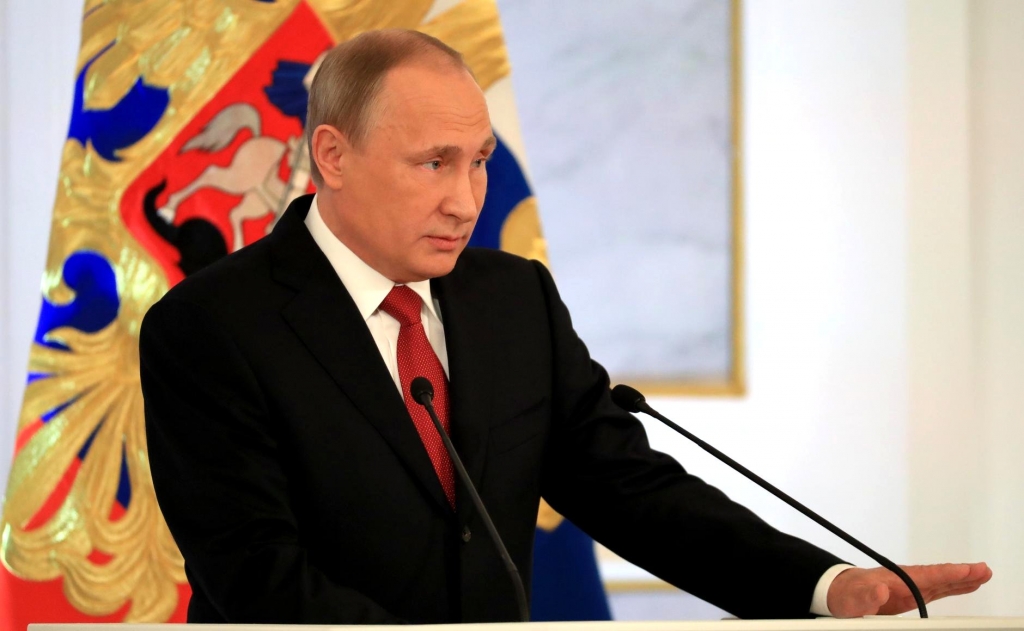 "Social sphere should become closer to people, their demands, be more up-to-date and fair," said Vladimir Putin in the annual Presidential Address to the Federal Assembly on December 01, 2016.

The President noted that the sign of present days is a broad involvement of citizens in various charity organisations, and this should find support at the state level. Therefore, Mr Putin gave the following orders:

"I ask the Civic Chamber and the Agency for Strategic Initiatives to become proactive in supporting volunteer organisations, charities and non-profits. Through their commitment and generosity, people who contribute to such projects promote collective efforts that Russia needs so much right now. They create significant social potential that must be used effectively."

Vladimir Putin called to organise work on removing barriers for development of volunteering, finish establishment of a clear legal base for activities of non-commercial organisations, give comprehensive assistance for the providers of socially useful services. He addressed governors and representatives of municipal authorities: "I ask you not to be, as they say, greedy, to refrain from working only with state-run institutions, and enable non-profit organisations to provide social services as much as possible." The President underlined that to support NCO, a number of measures has been taken: beginning from the next year, they will have access for performance of social services which are financed from the budget.

In his Address, the President also spoke about tasks and directions of the country development, to which the ASI activities are directly related.

Vladimir Putin marked that the education system should have the following fundamental principle in its basis: each child has talent, may be succeed in science, in creativity, in sport, in profession and in life. He also emphasised the important aspect, the need to plant the culture of research and engineering work.

"The number of cutting edge science parks for children will increase to 40 within two years. They will serve as the basis for the development of a network of technical project groups across the country." stated the President. He recommended the heads of the constituent entities to think about building in the regions of talented children support centres on the base of the best higher educational institutions and schools. Vladimir Putin also called the business, universities and research and development institutions to joint in this work, for the children to have clear understanding: they all have equal opportunities for life start that their ideas and knowledge are demanded in Russia and they will be able to prove themselves in national companies and laboratories.

Such laboratories, children hi-tech parks Kvantoriums, are opened all over the country. This project is implemented with support of the Agency for Strategic Initiates. On December 10, the marathon will take places devoted to launching of such parks in 17 regions of Russia.

The President drew special attention to the directions where future high technology potential is accumulated. To come to a new level of economic development and social industries, we need own advanced inventions and scientific solutions, believes Mr Putin. He underlined that the activities of research and development centres should be closely integrated with the hi-tech companies, economy, and education system to make the research ventures into successful commercial products.

Vladimir Putin said that to solve this problem, two years ago, the National Technology Initiative was launched, which aimed to provide leadership of the Russian companies and products in the most promising markets of the future.

Among the priorities, the President highlighted training of qualified personnel, engineers and workers ready to perform the tasks of a new level. "Therefore, together with business, we are building a modern system of secondary professional education, organise training of colleges and technical schools teachers on the basis of advanced international standards. We will increase the number of budget places in engineering disciplines, IT specialities, and other key areas that determine the development of the economy. The following year, on the basis of the leading higher education institutions, including regional ones, centres of competence will be established, they are intended to provide intellectual, personnel support to projects related to the formation of new industries and markets ", said Vladimir Putin.

The President said that the priorities are laid down in the Strategy of Scientific and Technological Development of Russia, with the decree on its approval already signed.

Creating a favourable business climate in the entire country

The Head of State stressed that much has been done for the development of entrepreneurship in the country, and most essentially, legal framework was updated, but now it was important to ensure effective law enforcement on the local level. Vladimir Putin drew attention to the fact that this is an extremely important area: "In every region of the country, basic services for business, construction permit, access to infrastructure, and so on and so forth, must fully comply with the requirements of the federal legislation and best regional practices. We will closely monitor what is happening in the regions in these areas and determine the quality of work of the regional teams largely according to these indicators. And such fundamental task must be solved already next year. This will enable us to provide not only single, but also the same high quality of the business environment in all regions of Russia."

For regional management teams, ASI offers a new tool target models on simplifying business procedures and improving the investment attractiveness of the Russian Federation constituent entities, the list of which was approved on 12th of November at the meeting of the Presidium of the State Council.