Teachers with new competences will be trained for Kvantorium technoparks 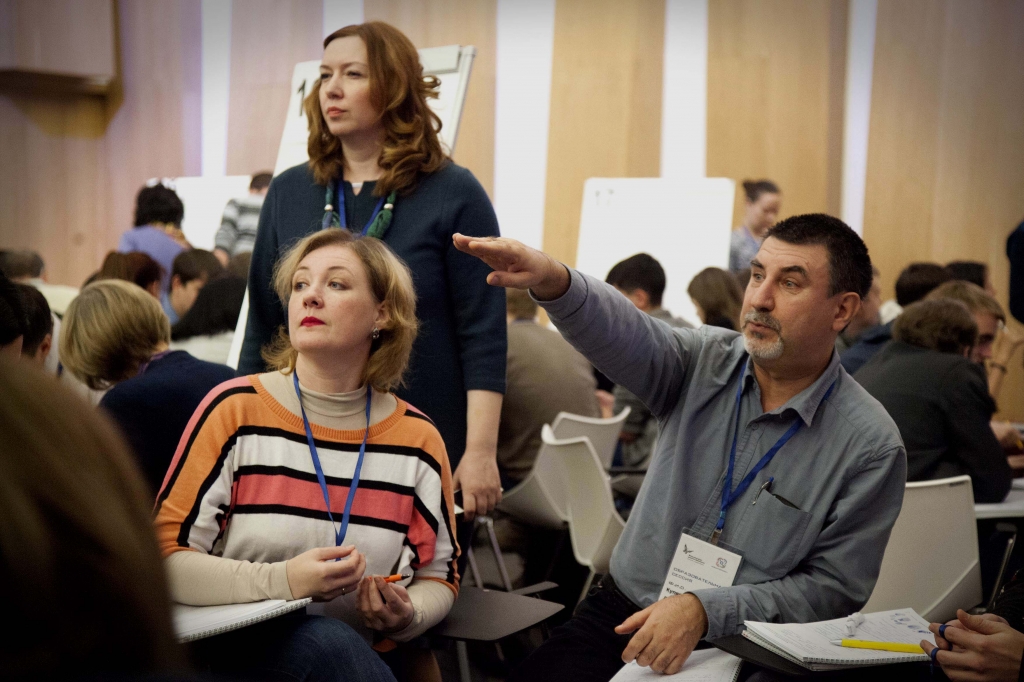 300 participants from 19 regions are being trained within an educational program for managers and teachers of Kvantorium children's technoparks at Technopolis Moscow and Technopark Mosgormash from November 13 through 22, 2016.

Representatives of the regions, in which new Kvantoriums will be opened on December 10th, came to Moscow. The prospective personnel of children’s technoparks are the leaders of youth innovative creativity centers, teachers of supplementary education, and students.

According to Marina Rakova, Director General of FSBSI Russian National Multimedia Centre, unique educational programs of the Kvantoriums require special training for teachers in order to give children knowledge and skills that form innovative, critical, and inventive thinking based on project management technologies. “It should be a system that gives children real engineering skills, which is so important for new Innovative Russia” said Marina Rakova when opening the educational program.

As a methodic tool, teachers will receive “hard” and “soft” competences necessary for teaching in Kvantoriums, in particular, they will familiarize themselves with up-to-date methods of developing project activities in children and youth teams.

Teachers and leaders will be familiarized with new forms of supplementary education for children, children's technoparks key tasks, as well as their role in the implementation of the National Technology Initiative. Trainees will also learn about new opportunities as to the preparation for and the participation in Russian and international competitions and engineering championships.

“We are confident that technoparks, which are being created with your direct participation, will become both the centers of supplementary education for children, as well as training, methodical and analytical centers for the development of support systems for supplementary education in science and technology. I wish you every success and look forward to good results!” said Veniamin Kaganov, Deputy Minister of Education and Science of the Russian Federation, in his welcoming video message.

As part of the “Educational Program”, agreement on cooperation was signed between FSBSI “Russian National Multimedia Centre” represented by Marina Rakova, General Director, SP “Lift to the Future” represented by Julia Selyukova, and ANO “Institute of Advanced Studies” represented by Yuri Gromyko, its Director. The signatories to the agreement will combine their efforts to create an environment for the accelerated development of young people in science and technology, involvement of younger generation in innovation activities, and training future engineers for the work in the Russian high-tech companies.

Kvantorium children’s technoparks are the platforms where children solve real cases and tasks in promising science and technical areas in the form of projects. Five technoparks with the capacity of over 2,500 people are already opened in Moscow, Republic of Tatarstan, and Khanty-Mansi Autonomous District - Yugra. Children are familiarized with promising engineering areas, including modern laser technology, neuroscience, unmanned aircrafts, programming, 3D-modeling, and others. Kvantorium students have already become the winners of Russian and international competitions. For example, young Quantorium students have designed a project of robotic vehicle inspection station for trucks, which was awarded the first prize at the international youth competition as to robotics in South Korea. Technopark students were also awarded gold medal at the All-Russia JuniorSkills competition in the competence “Neuropiloting”, and were awarded a prize in individual competition for robotic sumo. The project for creating children’s technoparks was presented at the World Conference of Technology Parks IASP 2016 Moscow. In 2017, children's technoparks will be opened in 17 more regions of Russia.