Russian companies have drawn a lesson from “Cybathlon”

“Cybathlon-2016” has recently been closed in Zurich, Switzerland, as analogue of the Paralympic Games, wherein the participants used high-tech assistive devices to cope with their tasks.The Russian national team has presented its developments during the competitions for the first time.

The outcomes of the Russian teams and the competitiveness of domestic technologies in the world markets have been assessed by Alexander Semenov, Executive Director of the “NeuroNet” branch union.

- How did you come to learn of Cybathlon and when did you decide to participate in the competition?

- This event has become known to the professional community over a year ago. I think, I had already heard about the plans for its implementation even in summer 2014. The idea was that, unlike the Paralympic Games that use relatively simple technical devices, athletes operate high-tech devices when passing the route consisting of the tasks that they commonly encounter in everyday life.

Within March-April [Note: 2016], we began systematic work on the preparation for the competitions upon the initiative of Neurobotics LLC with the active support of ASI. We have seen who in Russia can submit teams for the tournament. Irina Grigorenko (ASI representative), Alexander Kaplan (professor of Moscow State University) and Vladimir Konishev (Neurobotics) have visited Zurich to know the details of the planned event. Following the visit to Switzerland, the decision was made to participate in the event. The project was supported by RVC and by the project office of the National Technology Initiative (NTI) in the development of the “NeuroMedtekhnika” segment of the NeuroNet road map.

- Why was Zurich chosen for the competition? Switzerland is known more for its watches and banks

- There is a well-developed high-tech business in Switzerland. For example, Maxon Motor Company or Hocoma Corporation producing rehabilitation equipment are well-known. The monsters of the industry, such as Ossur (manufacturer of lower extremity prostheses), Otto Bock (rehabilitation equipment), ReWalk (one of the world’s most successful manufacturers in the exoskeletons) have immediately paid attention to this competition. Therefore, the competition was held in Switzerland.

Despite the specificity of the event, the turnout was more than just high. The stands were filled 50 to 90% throughout the day. Possibly, some viewers have come directly to watch the finals.

- How do you access the performance of our teams? Do the first results show the high level of Russian technologies, or is it just good luck?

- I think we may review each discipline.The LEG category (lower extremity prostheses) has brought even bigger success than we expected. I believe this is due to the fact that the personnel of  “Orto-Kosmos” in cooperation with Metiz Company have been developing and producing prostheses for over a decade. Their work is systematic and long-term: they understand the market, know the capabibilities of competitors, they have mastered full cycle, from design and manufacture to the fixing of prostheses to the patient. They have come prepared to meet challenges understanding their technological level.

The ARM category (upper extremity prostheses) was represented by two residents of “Skolkovo” Foundation - Motorica Leadership Project of ASI [Note: “Development of production of bionic hands (Motor skills)”] and Kleiber Bionics. Both companies are the startups that have been actively working in the market over the past few years. I hope that the experience gained by the teams will enable them to improve the quality of the products developed and to perform well during the subsequent competitions.

The BCI category (the “brain-computer” interface) was represented by the Neurobotics Company. It has been involved in business operations for over 10 years, and is successfully working now at the junction of business and science.The accumulated experience was demonstrated during the competition - the fifth place may be considered a good result. I would note that the team's time at the competition to win the 5-8 places was in line with the second result during the whole tournament.

The result of the Russian competitor in the competition for the EXO (exoskeletons) discipline was more than good, because colleagues have assembled the product directly of iron parts in just two months based on the accumulated experience. However, their budget for development has been far less than that of their competitors'.

I think the performance of CaterWil team in the WHEEL (wheelchair) competition was successful, too.They took the sixth place, coming with the production-line item.The strength of their products is stair climbing, as their athlete often gets on the 12th floor on the wheelchair in everyday life.

- We participated in all disciplines, except for the FES (operating bicycles thanks to functional muscle electrostimulation). Lack of expertise in this area?

- We have scientific basis for the development of products for this discipline. In particular, we went to Zurich with Professor Alexander Kaplan, who works with neurointerfaces in his laboratory at Moscow State University and has scientific basis on the tsubject. I think that there are still 2 to 3 research teams who work in this direction. Another thing is that the next step is to make everything systematic. Moreover, a relative of one of the athletes from our team works in this area. I think that we will get him involved in the research as to this area. - What are the perspectives of application of neurotechnologies in Russia?

- Many of the disciplines represented at Cybathlon have some prospect of application of neurotechnologies.

The BCI discipline is the basic technology for the NTI “NeuroNet” market. We are now working with “brain-computer” non-invasive interfaces, and we will go in the direction of the “brain-computer” invasive interfaces as part of “NeuroNet” to improve the quality of signal recognition, and increase the efficiency of control commands issue. In this field, we have very good development prospects.

ARM and LEG disciplines.Today, even the most high-tech prostheses are not anthropomorphic enough.To make the prosthesis be virtually an extension of the person, it is necessary to be synchronized with the user's nervous system.Therefore, neurointerfaces will improve produced products in this area.

WHEEL. Wheelchairs with the neurointerface have already been created in the world, but their application is specialized enough.

FES. With the help of the muscle electrostimulation, it is possible to carry out the rehabilitation of the patient, of the disabled, and to accelerate the socialization.For example, using wearable bracelets or other devices that will constantly stimulate the muscles and take some of the load from them.There are some scientific research in this area, which needs to be brought to life.

- Do the Russian companies make their devices on their own or buy something from third parties, for example, in China?

Let's consider all competitors of the Russian team.The Neurobotics Company, which participated in the BCI discipline, has almost everything that is developed by their own: development, software and hardware, while the components are foreign, of course.The situation of Motorica is much the same.The fact is that certain part of high-precision components are not produced in Russia.

Kleiber bionics also makes components by itself, although it is a young company.Therefore, it is a pity that they could not perform in the finals of the competition.“Orto-Kosmos” and Caterwil also have their own development, design bureaus and production, while they even make some part of the components by themselves, and are involved in large- and small-scale production.

To summarize, the Russian companies have autonomously developed products and samples presented for competition, and develop components of the certain final products.

High-tech Russian companies supported by NTI can also be competitive.For example, the wheelchair used by the Russian team costs about 400 thousand rubles, while its foreign analogues are more than 1 million rubles.

Price is a very important advantage for emerging markets, given the high quality of the developed products.

- What are the requirements to specialists in companies producing assistive equipment?

We need skills to work with drive systems, which needs some knowledge in electronics.Also, there is a place in companies for doctors or those who understand the specifics of working in medicine, particularly in rehabilitation.Thus, these are people from the technical, engineering and medical schools.

- It is planned that Cybathlon will be held every four years. What are you going to do for the next competition?

In order to organize the work on preparing for the next competition, not to lose the current team, and to extend the list of participants from Russia and their competences, we create the Cybathlon Federation in Russia, and the “NeuroNet” branch union will be its co-founder.

The training will be divided into several stages; we will conduct internal selection of teams and technologies, as well as athletes.There might be the development of new disciplines that seem interesting and applied in daily life to promote the development of assistive devices by all possible means of financial and non-financial support.We will systematically be involved in the organizational work and the use of scientific advances in the development of new-generation devices.

- Did foreign developers offer direct cooperation to companies during the competition?

Cybathlon is the showof force. The competition was created in order to see all technologies existing in the world today. In some disciplines, despite the absence of prizes, we were strong. And it drew the attention of foreign competitors. Our task within the framework of NTI is to either leave the competences in Russia and hence to develop them abroad, or to build partnerships with foreign colleagues so that it may be beneficial for us and to them. As to us, we will do everything to ensure the development of companies in Russia with the prospect of international commercialization. 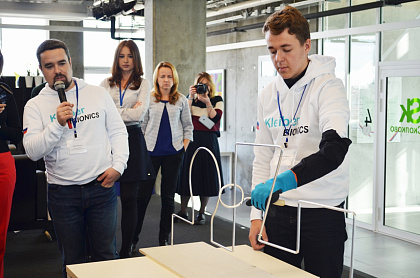 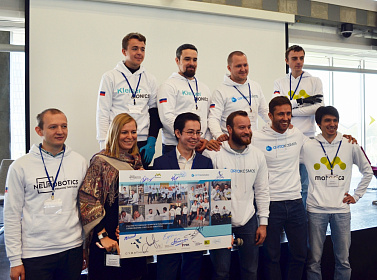 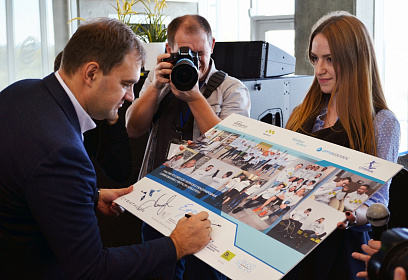 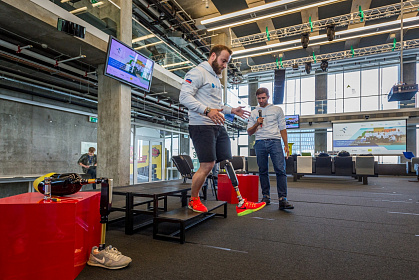 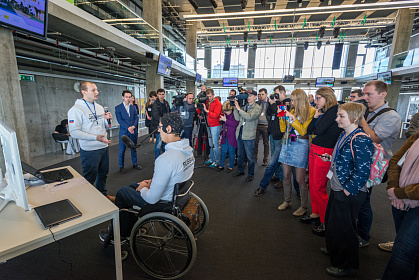 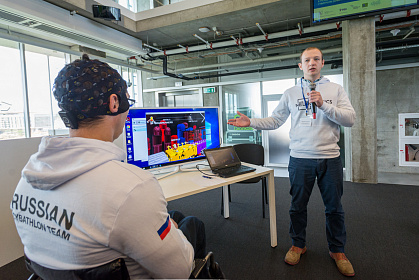 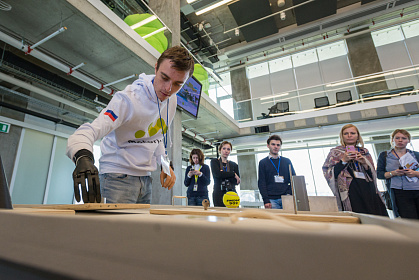 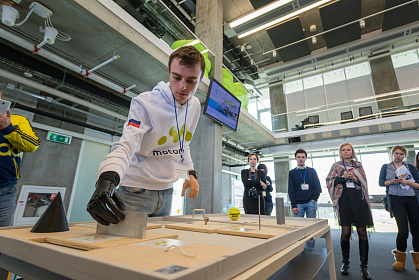 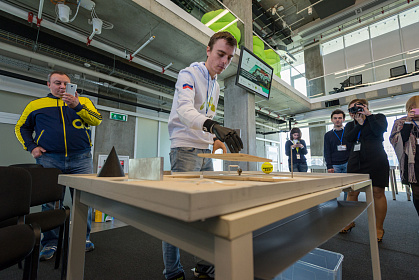 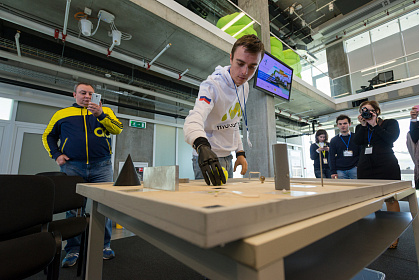 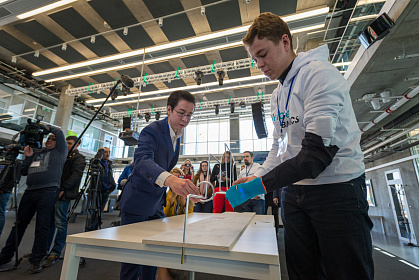 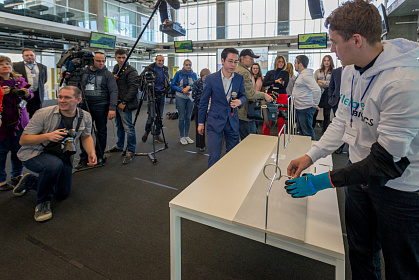 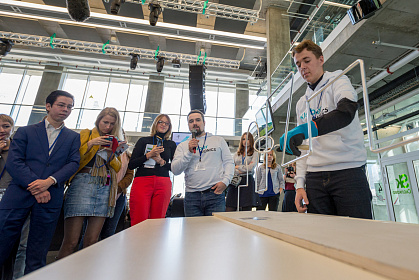 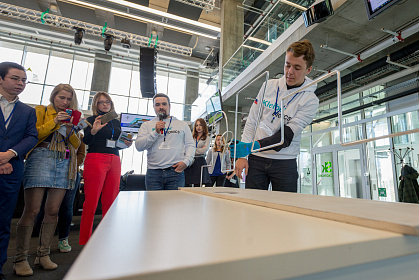 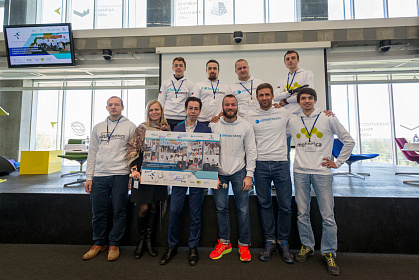 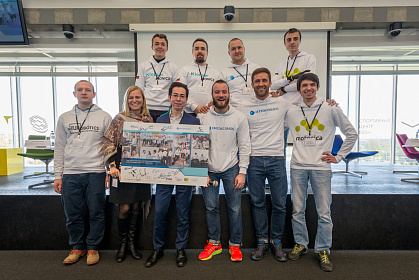 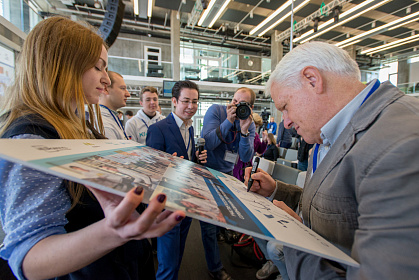 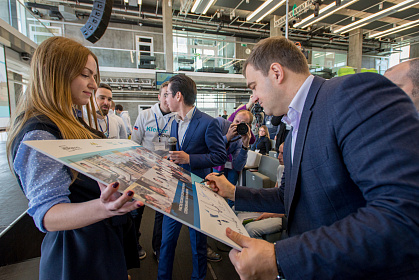 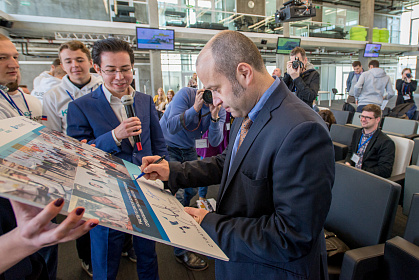 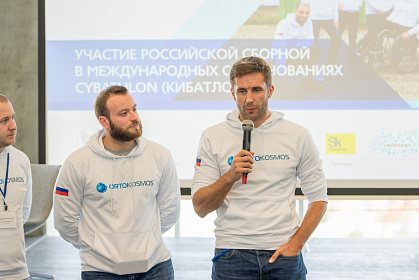