Kvantorium children's technopark with the area of over 1,000 m² was opened in Moscow 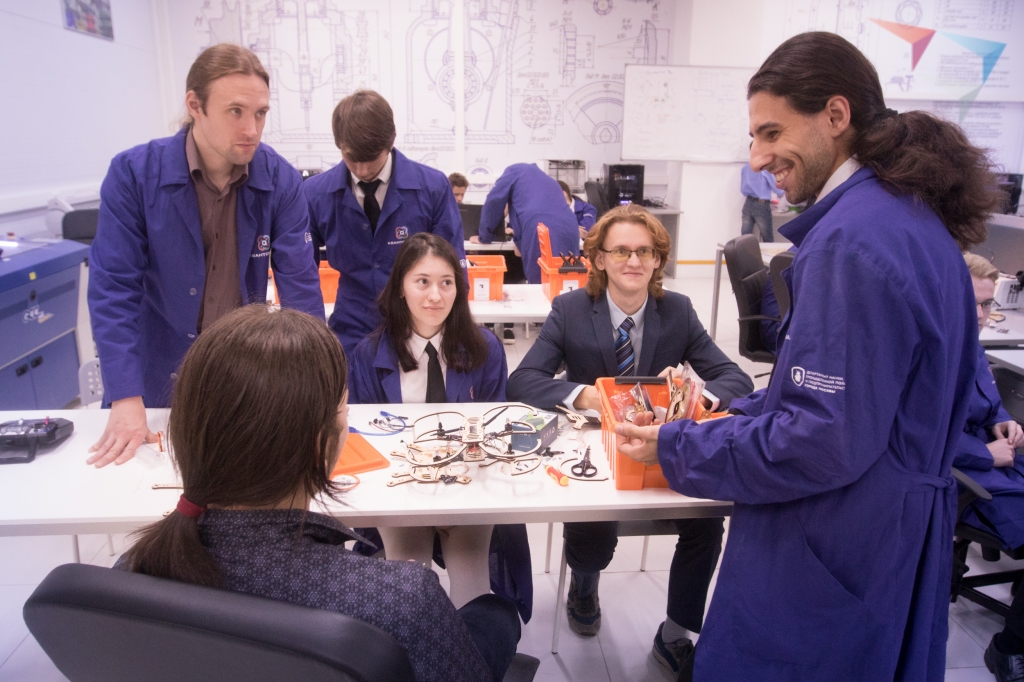 Andrey Belousov, Assistant to the President of Russia, Sergey Sobyanin, Mayor of Moscow, Olga Vasilyeva, Minister of Education and Science of the Russian Federation, Andrey Nikitin, Head of ASI, and Marina Rakova, leader of the initiative “New model of the system of additional education of children”, opened Kvantorium children's technoparks with the area of 1,100 m² in the territory of Moscow Technopolis on September 29.

The children's technoparks will annually educate 1,200 students in 5 areas: robotics, aviation, industrial design, nanotechnology and energy engineering. There are classrooms, equipped workshops for practical studies (high-tech workshop) and a lecture room (kvantopark) in the territory of Kvantorium.

After defending their projects, the students will be able to conclude the deferred labor contracts with Moscow production companies with the guaranteed job after graduation from a university, a college or the children's technoparks.

“Nowadays, four Moscow secondary school students have signed contracts with Moscow companies, such as as Sputniks (the manufacturer of components and technologies for satellites), Kompas (the developer of on-board navigation equipment of the air and space forces of Russia), ITech (development of intelligent information systems), Profilum (IT company in the field of professional navigation and education),” said Marina Rakova, leader of the initiative of the ASI “New model of the system of additional education of children” and the main project ideologist of Kvantorium children’s hi-tech parks. It is planned to conclude 50 of such contracts before the end of 2016.

“Despite the fact that the ASI initiative for the development of additional education of children has been implemented for over a year, it has already had three birthdays,” Andrey Nikitin, Head of the Agency for Strategic Initiatives, declared. “The first one was when Marina Rakova, initiative leader, came and said that we should do it. The second one was when the Ministry of Education supported us. And it seems to me that the third birthday of the initiative is today,” Andrey Nikitin said.

Andrey Nikitin stressed that all initiatives and projects, which are supported by Moscow, "take a very different weight and dimension.”

“I am very happy for the nearly two dozen of regions, where Kvantorium technoparks are being opened now, because they have a good practice of not only creating separate technological parks, but also of linking them with schools and creating a single system of additional education.”

Andrey Belousov, Assisstant to the President of Russia, said that the first children's technoparks were opened in Ugra and Tatarstan at the end of 2015, and “Moscow has taken up the baton with the capital scale”. He believes that children will be able to “get a taste of their future profession, touch and try it”.“To learn the engineering profession at a university is too late, it is necessary to become an engineer in childhood. Kvantorium develops the necessary skills, teaches to solve creative problems and gives the ability to set a goal,” Andrey Belousov said.

Sergey Sobyanin, Mayor of Moscow, believes that the children's hi-tech parks constitute the flagship project of new generation, which combines the opportunities of educational environment and startups.

According to him, it is “just a part of the global program, which is being implemented in Moscow”.It is planned that the network of Kvantoriums will be established within walking distance in each administrative district of Moscow on the basis of already established or future manufacturing plants, industrial parks and technopolis.

The initiative “New model of the system of additional education of children”, in the framework of which Kvantorium children’s parks are opened, was approved by the supervisory board of the ASI headed by the President of Russia in May 2015. Due to the three-stream co-funding (federal subsidy, regional and extra-budgetary sources), at least 20 children's technological parks will open in 18 regions of the country until the end of 2016. 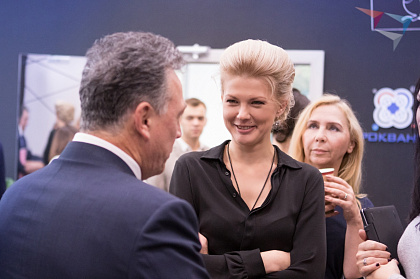 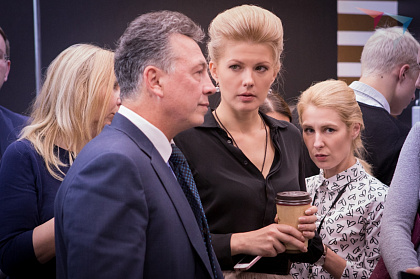 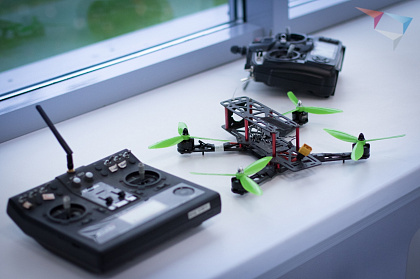 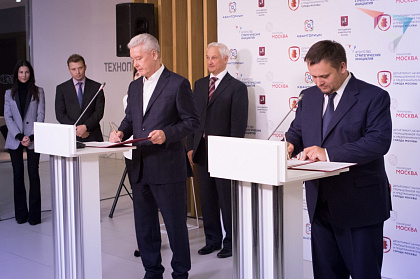 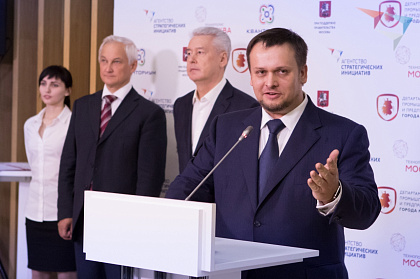 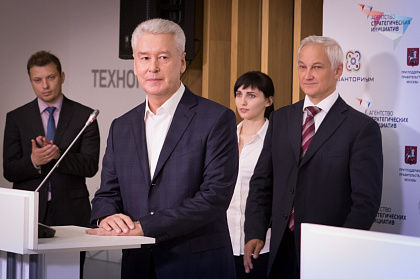 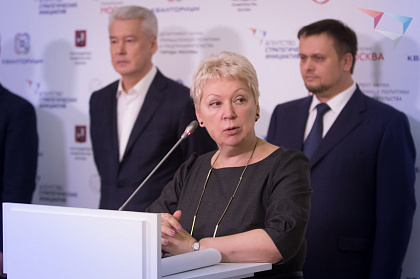 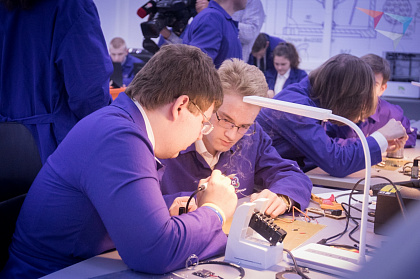 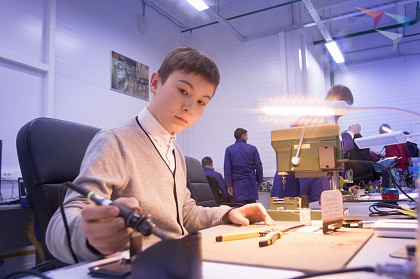 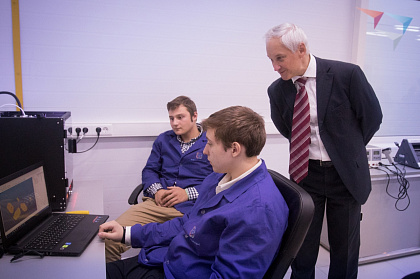 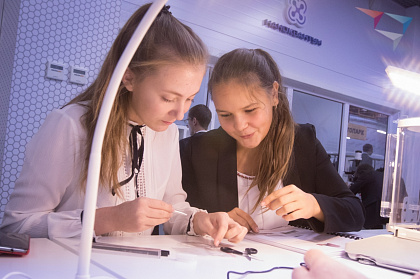 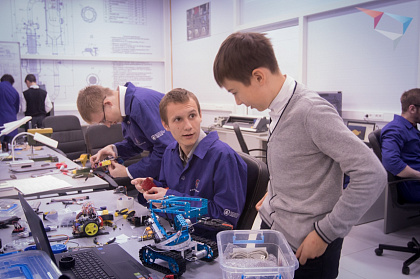 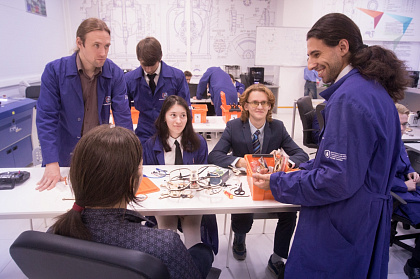