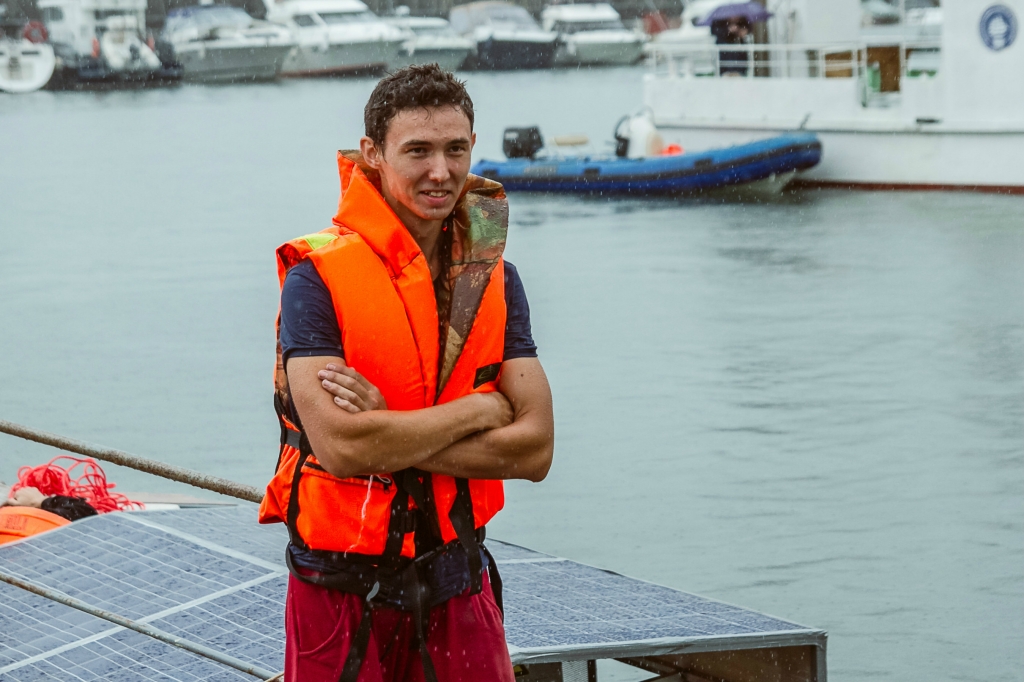 On 1 September, a solar panel-powered boat race was terminated in Vladivistok. For the first time, the Sun Regatta, a unique engineering contest was held out at sea. The racers had to challenge both their opponents and meter-high waves rolling over on boats and their helmsmen.

According to the reports of the guys upon completion of the competition, they have spent almost a year to design and prepare their boats.

Races were held during two days. On day one, qualification races were on the verge of cancellation: there was a nasty turn of the weather, it started to rain, the squall wind rose, and mild storm came. The Emergencies Ministry announced Emergency Situation Regime. Nevertheless, the designers proved one more time that even the light poking from behind clouds was enough for the "sunny" boats to travel at a pretty decent speed of 15 to 20 km per hour. "We believe that internal combustion engines do not just pollute the water, they simply went out of fashion. However, many specialists, including engineers, do not understand the fact that to obtain energy one does not need open sunbeams or heat. In Yakutsk, in subzero environment, a panel collects more sun energy than in Krasnodar," – said Mr. Yevgeny Kazanov, President of the Organizing Committee of Sun Race.

Several teams decided to put to sea and to test their boats during the storm. It was their first experience of the kind – previously, the competition has beens held in fresh water. Waves rolling over the boats did not damage the machinery, for instnce, Aurora Design Office from the city of Ryazan, developed special waterproof solar panels for the winner of the first race of the Tournament held in June in Nizhny Novgorod. Other participants followed the representatives of Ryazan – particularly, TOGU from Khabarovsk, Moscow Polytechnic University, Moscow Diplomatic Cadet Corps and Far Eastern Federal University (Vladivistok).

After the races, helmsmen shared their impressions of the first experience in the open sea: "very frightening and very wet."

On the second day of the Regatta, Vladivostok greeted the participants with excellent sunny weather. On that day, all boats took part in circuit races, 2 km + 100 m and 4 km-long, in the water area of the Yacht Club of State University named after Admiral G. I. Nevelskoy

The Sun Regatta is held within the framework of the MariNet Roadmap National Technology Initiative implementation process.