French business interested in strengthening of economic ties with Russia 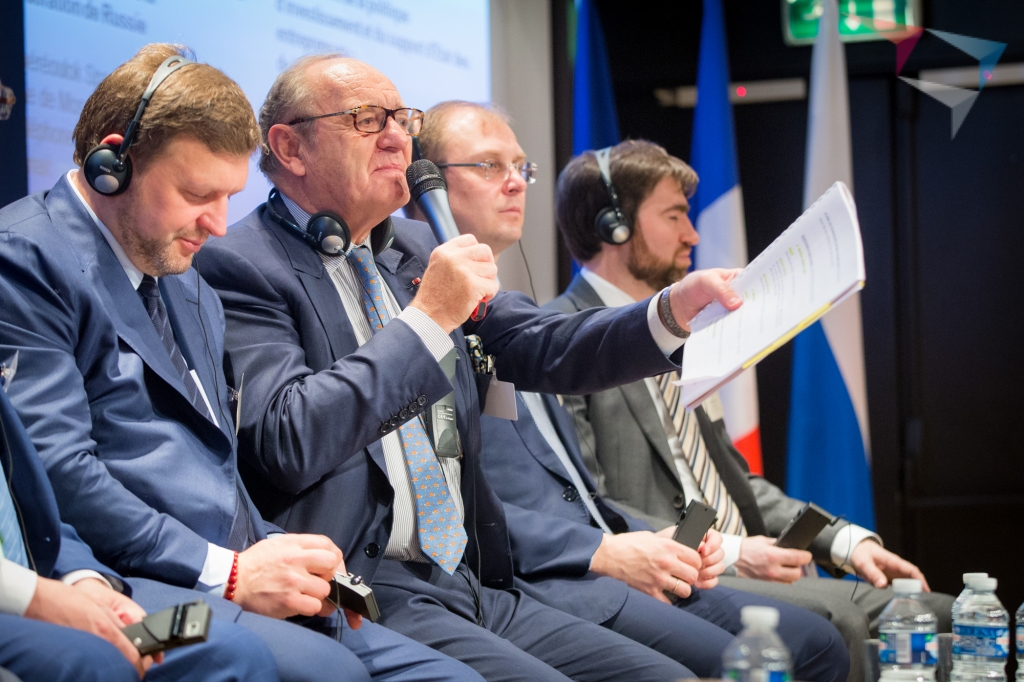 The presentation of the investment potential of the Russian regions, which was held on April 25 in Paris, brought together the representatives of 98 French companies from various sectors of economy. The interest shown by the entrepreneurs confirmed the desire of business communities of France to strengthen the economic ties with Russia, despite the sanctions imposed by the European Union, - believes Alexander Orlov, the Ambassador Extraordinary and Plenipotentiary of the Russian Federation in the Republic of France.

“These are concrete steps towards the rapprochement of our countries and the lifting of the sanctions policy against Russia. Nowadays there is growing pressure in France on the Government and the President, since the French business is interested in the development of the most dynamic relations with Russia, - said Alexander Orlov. - When people who impose sanctions against us finally understand that this policy is ineffective, they will be forced to lift them”.

The representatives of Rostov, Ulyanovsk, Kirov, Leningrad, Moscow, Nizhny Novgorod, Tyumen and Kaluga Regions and the Krasnodar Territory told about their investment opportunities and projects which require additional resources.

“Here are the most dynamic regions where foreign companies have comfortable and successful business activities, and which demonstrate higher economic growth than in the whole country”, - explained Andrey Nikitin, Head of the Russian delegation, CEO of the Agency for Strategic Initiatives (ASI).

A steady increase in exports of Kirov production to France has been observed over the last 3 years, Nikita Belykh, the Governor of the Kirov Region, noted in his speech.

The negotiations on the establishment of a joint-venture company in the Kirov Region for milk processing and cheese production were a success.

“Our region is one of the few in Russia that has excess milk, that is, we produce more milk than process. And at the moment we are negotiating with several foreign companies, which have the highest competence in the sphere of raw milk processing, and we are expecting to have a joint venture. It will be a factory of cheese and other milk products with high added value,” - explained Nikita Belykh.

The Governor has also expressed the hope that the Kirov products could enter the world markets, if they are used in the business of companies specializing in catering in unusual conditions – on oil platforms, in deserts, in the ocean. At present, the negotiations are being held in this direction.

Dmitry Yalov, Deputy Chairman of the Government of the Leningrad Region – Chairman of the Committee for Economic Development and Investment Activity noted in his speech that the presence of such major French companies in the region, like Decathlon, Schneider Electric, Faurecia, already indicates that cooperation with foreign companies is at the highest level in the region.

“We see the prospects for cooperation with the French companies both in the construction of turnkey projects and in the transfer of technologies, creation of breeding, genetic and logistics centers,” - said Dmitry Yalov.

Besides he emphasized that along with basic support measures that were unified among the regions in accordance with the Russian legislation, the Leningrad Region has different methods and term for conclusion of investment agreements – all tax benefits are granted to investors within no more than 35 working days.

The Krasnodar Territory traditionally has a developed agricultural cluster; therefore, the area of agriculture is of the most interest to large French companies. For example, “Bonduelle” has been doing its business in the Krasnodar Territory for more than 12 years and has several production sites. “Danone” has opened its own business service center in the region, where the following functions are concentrated such as logistics, HR, procurement, finance from all over Russia.

Nowadays, new perspectives and opportunities are being opened for investors in the field of foodstuff processing, seed production, plant breeding, genetics, livestock farming and fertilizer manufacturing. We are waiting for partners for these projects and will do our best to make foreign companies feel comfortable in the territory of our region”, - said Sergey Altukhov, Vice-Governor.

Pavel Tarakanov, Deputy Governor of the Tyumen Region, has invited the French business to invest in the field of oil and gas engineering, petrochemical industry, agro-industry, pharmacy, chemical, food and woodworking industries.

Schlumberger has built the plant for the production of energy efficient pumps and components for perforating systems in the region, as well as has opened the Siberia's largest training center.

“Danone” has launched its largest plant in Russia on the basis of the Yalutorovsk Dairy Plant as well as invested in it about 3 billion rubles.

“Several investment projects with the participation of the French capital are being implemented in the territory of our region. The largest of them are construction of the car manufacturing plant “PSMA Rus”, LLC and cement plant “Lafarge Cement”, JSC. The following enterprises were built as well: cosmetic product establishment “L’Oreal”, CJSC, vehicle components manufacturing plant “Faurecia Automotive Development”, LLC, technical textile production “Porshe Modern Materials”, LLC, and the enterprise for the cultivation of rare varieties of roses “Roscha”, LLC (“Rose Fairy” trademark), - said Vladimir Popov. - With such huge experience in doing business we are ready to move further in expanding our partnership with France”.

After considering the results of the investment climate in the constituent entities of the Russian Federation, the Ulyanovsk Region makes the top five leading regions in regard to establishment of the business-enabling environment. The region has sparked interests of “Legrand”, “FM Logistic”, “Bridgestone”, “S. P. I.”

“Ulyanovsk is the region where everyone can find what they want. If you want to build your own plant, we’ll find a site for you and provide state support. If you want to find a partner to promote your products and introduce your technologies, we'll find a partner for you,” - Alexander Smekalin, First Deputy Chairman of the Government of the Ulyanovsk Region, addressed to the audience.

According to Evgeny Lyulin, Deputy Governor of the Nizhny Novgorod Region, the promising area for cooperation is agriculture: “the agricultural sector requires a fair bit of investments. We need new technologies and new approaches. We have huge reserves of agricultural land for these purposes”.

Jean Francois Boisson, the Founder and CEO of engineering company “Arteres”, has shared his impression from the meeting.

He underlined that he had been doing business in Russia for a long time and with great pleasure, as the Russians were very interested in cooperation and the Russians and the French always maintained very good human relations and the atmosphere of trust.

He thinks that Russia needs to focus on the development of small businesses. “There is a huge human resource in Russia that can be successfully used in small businesses. Very few small enterprises are involved in the production sector. Heavy industry in Russia is mainly represented by large conglomerations. Industrial clusters would help small businesses to carve out their niches there,” - said Jean-Francois Boisson.

The annual sales between Russia and France amounted to 17 billion euros in 2014. The cumulative investment of France in the Russian economy is about 14 billion euros. The annual sales between Russia and France for 9 months of 2015 amounted to about 10 billion euros. More than 40% of the French exports to Russia are high-technology products (equipment, machines), that promote the modernization of production, introduction of new technologies and innovations. Many large French companies have their own production facilities in Russia. 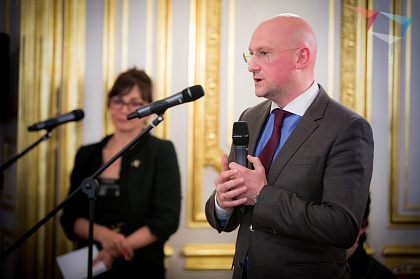 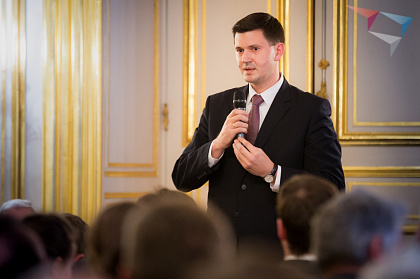 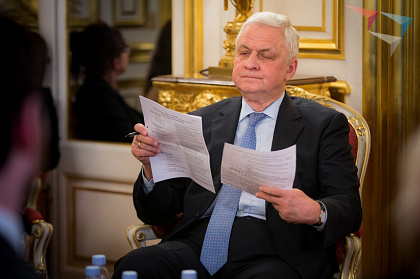 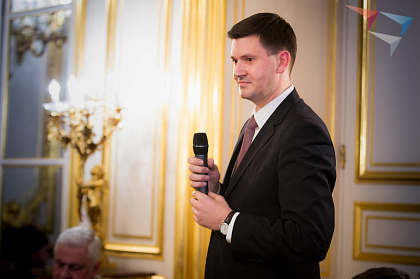 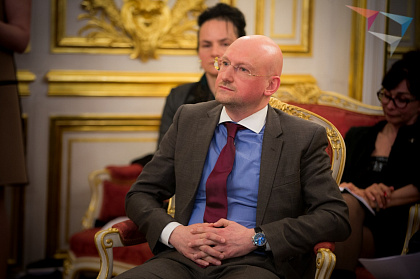 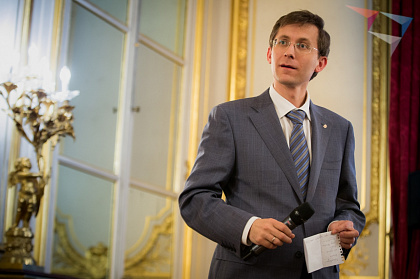 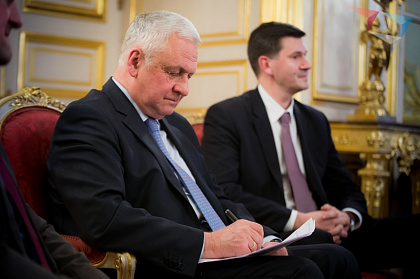 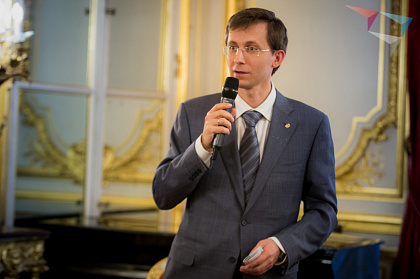 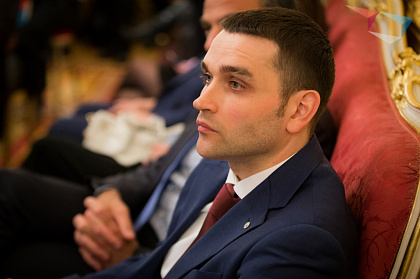 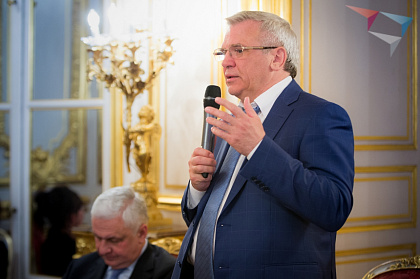 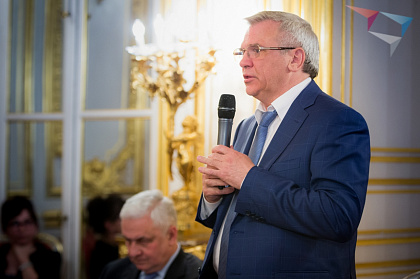 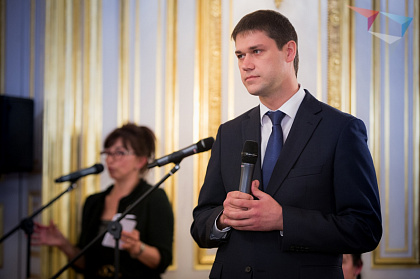 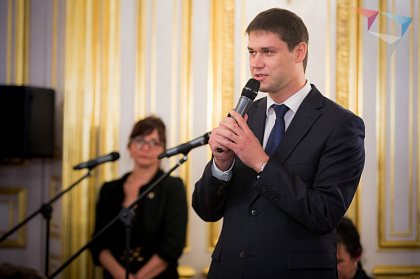 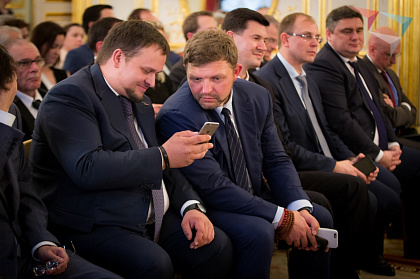 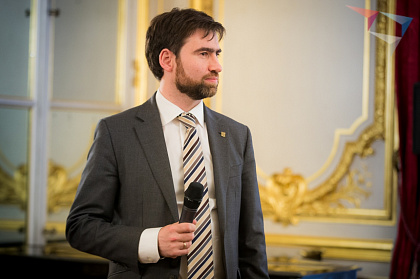 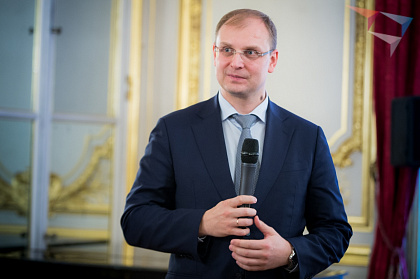 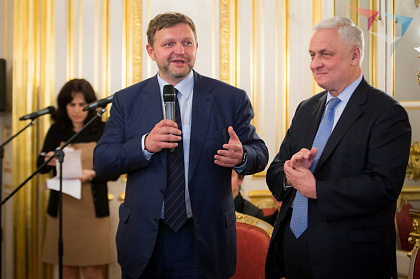 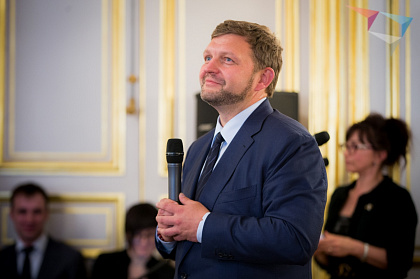 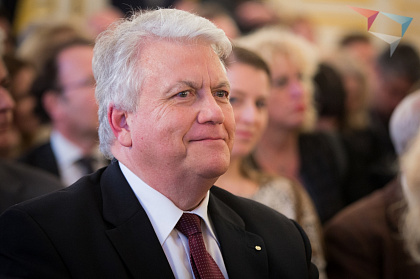 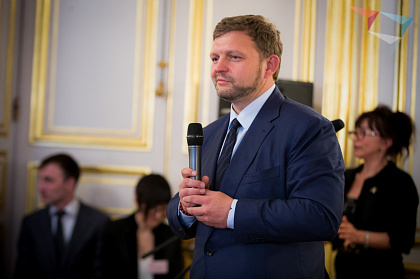