Dmitry Peskov: “Russia shows willingness to learn from the best” 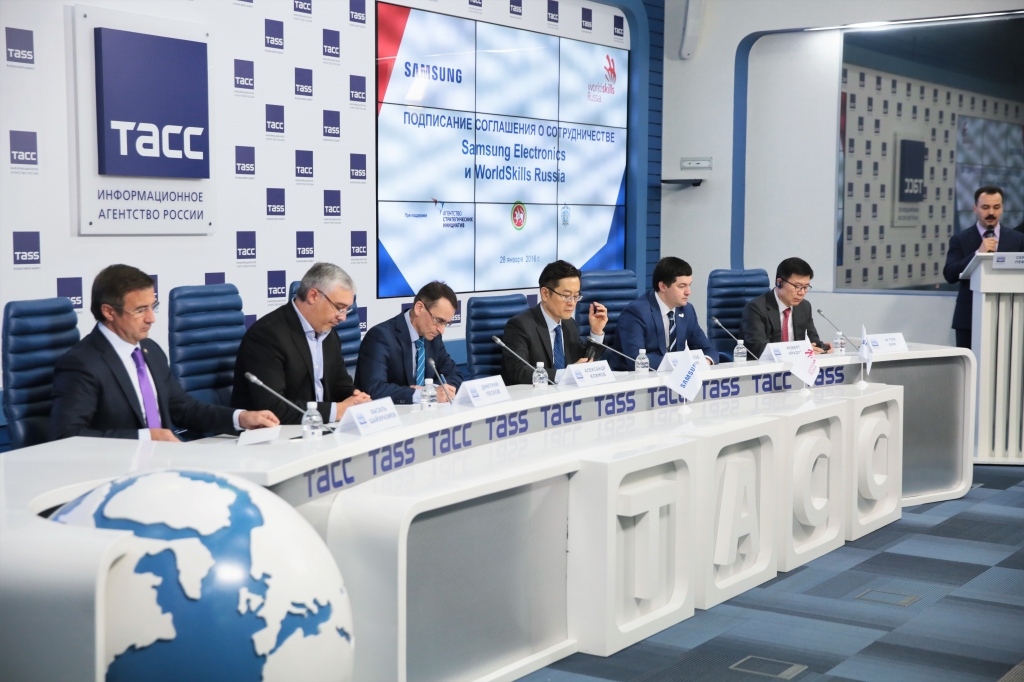 On January 28, the Union “WorldSkills Russia” and Samsung signed an agreement on expanding cooperation. The participants of the main national team of Russia will be trained in accordance with “mobile robotics” and “CAD engineering graphics” programmes at Samsung Skills training centre in Korea. Training of Russian specialists is carried out within preparation for the world championship “WorldSkills-2017” in Abu Dhabi.

According to the Director of “Young Professionals” direction at ASI Dmitry Peskov, the signed agreement demonstrates that Russia is ready to learn from the best. “We are very happy to sign an agreement with the winners: Samsung is the world champion in these two competences. They produce very interesting staff training practices. We hope that this is the beginning of a long path of a long-term qualitative cooperation between our countries, including building a fundamentally new economy”, - he said.

The General Director of the Union “WorldSkills Russia” Robert Urazov emphasized, that Samsung Skills gives an opportunity to adopt the experience in key competencies solving the problem of preparation of the national team for the world championship of 2019 in Kazan. “Having received the professionals trained using Samsung technologies, we will be able to use our championships and our system of training the team as a driver of economic development in the context of staff training. This is the first real start of transfer of the best global practices in training the work force and engineering personnel in the Russian Federation”, - he said. Candidates for a trip to Korea were selected during the Russian WorldSkills championships and passed interviews with Samsung representatives. Students of Kazan Technical School of Information Technology and Communications Pavel Fadeev and Andrey Dubanov showed good results in the competence of “Mobile Robotics” at the II National Championship “WorldSkills Hi-Tech 2015”. Student of Kazan National Research Technological University Albert Mineev was selected by the results of the first WorldSkills Intercollegiate Championship in CAD engineering graphics.

While training in Korea, the Russian students will have two tasks: to improve their qualifications and collect the best staff training practices. In the future, this experience will be implemented jointly with the Ministry of Industry and Trade in the training centres for Russian companies.