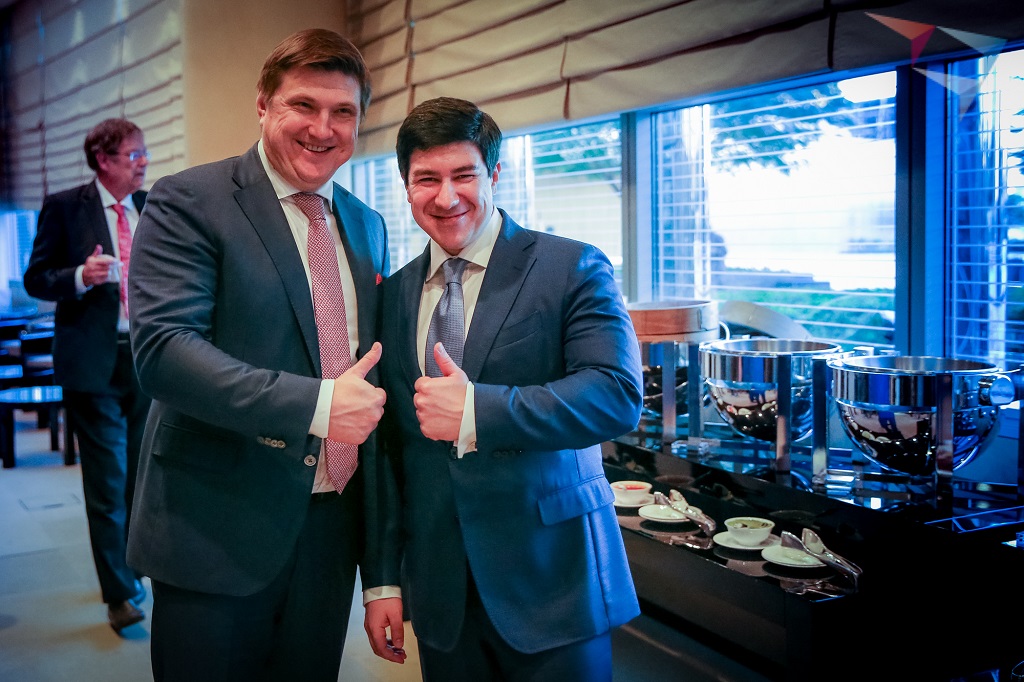 The “Investment Lift” mechanism started working. The Investment and Production Holding Bakulin Motors Group and the Interskol Group signed the first cooperation agreements with a number of Middle East and African states. The agreement signing ceremony took place in Dubai (UAE) on December 19, 2015.

One of the key objectives of this mechanism is to increase export earnings of these companies by several times. “The idea of the “Investment Lift” includes a comprehensive systematic support of Russian companies in promoting their products for export, creating serious global domestic markets, - pointed out Andrey Nikitin, the General Director of the Agency of Strategic Initiatives. – Today’s signing is the first result of this work which the “New Business” direction performed.

The Bakulin Motors Group Holding plans to start exporting bus machinery already in 2016. For this purpose the company implements a large-scale investment project on building a scientific and production complex which will manufacture bus chassis in different configurations and assemble vehicles. “Today we have signed a range of important agreements, - said Alexey Bakulin, the General Director of The Bakulin Motors Group. – We plan to develop a gas project in Iran and arrange with the distributors from Africa supplies and service maintenance in a number of the countries on the continent. These markets are very promising and there is a struggle for them in which The Bakulin Motors Group expects to receive a serious support through the “Investment Lift” mechanism.

GC “Interskol” is already providing export supplies under the brand Felisatti to more than 150 customers in 30 countries of the EU and Middle East. The company plans to increase its presence in the Middle East region. “Today’s agreement became the first international document signed after the opening of the plant, - said Alexander Mikhailov, Financial Director of JSC Interskol. - We plan to increase the share of exports in total sales to 25% in three years. So this event is a very important step for us on the way to achieving the goal”.

At the end of November 2015, following the results of the working group meeting in ASI the first 5 companies, including The Bakulin Motors Group Holding and GC Interskol, got access to participation in the “Investment Lift”. The mechanism implemented within the quadruple agreement between the Agency for Strategic Initiatives, Russian Direct Investment Fund, Vneshekonombank and the Russian Export Centre is aimed at eliminating administrative barriers and ensuring aggressive growth of business of Russian export companies. As part of the mechanism, the companies can get access to equity funding, investment plan financing, as well as warranty and insurance support of export contracts. The participants of the mechanism may also be provided with administrative and consultative assistance, including promotion of the company and its products in the target international markets.