SOCHI-2015: The Euro-Atlantic partners of Russia. What are the chances for launching a new phase of relationship? 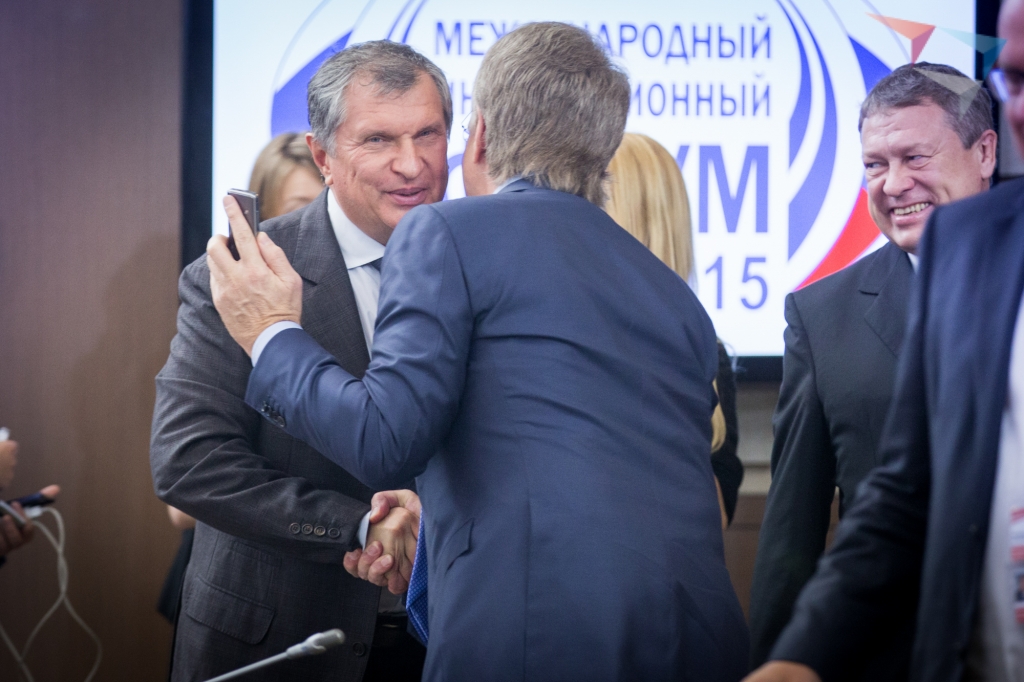 The scope of economic cooperation with the countries of Europe and North America, the availability of production, transport and logistics chains play such an important role that, despite the tangible impact of external factors, coordination of activities between the business and the economic blocks of the governments of Russia and the countries of its traditional economic partnership remains extremely intense.

This is the conclusion reached by the participants in the panel discussion “Russia and its Euro-Atlantic economic partners. What are the chances for launching a new phase of cooperation?” which was held at the 14th International Investment Forum “Sochi-2015.”

The discussion was attended by the Deputy Foreign Minister of Russia Aleksey Menshov, the First Deputy Minister of Economic Development of the Russian Federation Aleksey Likhachev, the Director General of the Agency for Strategic Initiatives (ASI) Andrey Nikitin, the Business Ombudsman Boris Titov, the President of the American Chamber of Commerce in Russia Alexis Rodzyanko, the President of the Association of European Business in Russia Philippe Pégorier, the Managing Partner of EY Russia Aleksandr Ivlev, the President and Director General of the US-Russia Business Council Daniel Russel, the Commissioner for Protection of the Rights of Businessmen in the Moscow Region Vladimir Golovnev, and others.

The participants of the meeting assessed changes in the foreign economy and foreign policy situations over the past two years and discussed how Russia builds the relations with its new strategic partners.

“It’s no secret that the context of the economic relationship of Russian with a number of its key partners has changed – a major role in the development of trade and economic relations is now played by the foreign policy conjuncture,” - Aleksey Repik, the moderator of the discussion, President of “Business Russia” noted.

The Deputy Foreign Minister Aleksey Menshov stressed that Russia needs pragmatic relationship: “We can speak clearly, looking into each other’s eyes, what we are thinking about; we can develop some formulae that will really work in future.” He also reminded that Russia is not a country to be isolated: “For this purpose, the role of the business is fundamental and it’s already helping to solve some practical problems. We see through a number meetings with businessmen that the European business community gives a completely clear signal to their governments that this is not our ‘wedding’ with the European Union, i.e. other partners do benefit, including the overseas one.”

First Deputy Minister of Economic Development of the Russian Federation Aleksey Likhachev shared his personal assessment and calculation of the economic impact of sanctions on the economy of Russia and on its Western partners. “I guess that damage from sanctions for the Russian Federation for these 1.5 year can be estimated as 20-25 bln USD; losses of our partners, primarily the EU, are about 100 bln USD. These are primarily companies, economic operators that worked actively on the Russian-European track. If we look at the trade figures as a whole, let me conclude that the sanctions had a minimum impact on the trade turnover. Without a doubt, a much greater impact in figures was due to exchange rate fluctuations, price changes in the leading export markets (oil and oil products, gas, metals) and those regional changes that had started prior to the sanctions,” he said. According to Aleksey Likhachev, Russia has no alternative to cooperation with the European business, and the European business has no alternative to cooperate with Russia: “Given the scope of the markets, given the historical ties and due to current internal agendas, the European business is a serious partner for us.”

The Head of the ASI Andrey Nikitin proposed to start implementing the idea of technologies transfer already in a practical manner and to develop clear and understandable tools for communications with the business. “Large companies, and I would venture to guess that large American companies as well, would cooperate with us in any investment environment, if they had an opportunity to earn money here. On the other hand, medium industrial businesses, in which we are really interested in order to develop our economy, businesses that are present in Europe and, surely, in the U.S. – they need a clear and understandable tool for communication with peer Russian companies,” Andrey Nikitin pointed out.

The President of the American Chamber of Commerce in Russia Alexis Rodzyanko told about the prospects of the Russia-US relations and the barriers in business ties between the U.S.A. and Russia. “During the past 18 months after the imposition of sanctions, the attitude towards the American business on the part of Russian officials – I cannot say about all this anything but positive, except for a flurry of legislative activity. I think that with time the integration process will more and more reveal the meaninglessness of such disputes,” - Alexis Rodzyanko noted.

Summarizing the results of the discussion, Aleksey Repik stated that only together it is possible to overcome the obstacles to the normalization of business relationship and the development of ties with Euro-Atlantic partners. “An interesting fact – in the Russian language, it is impossible to use the singular form of the verb ‘to win’ in future tense, only the plural form – ‘we will win’. This applies to our situation as well: despite some difficulties, we can find new ways for mutually beneficial cooperation only through common effort,” - the President of “Business Russia” said. 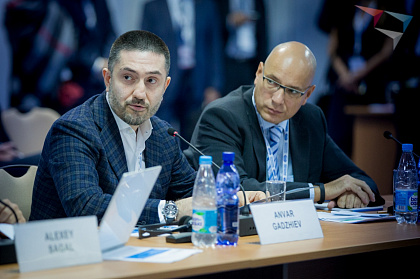 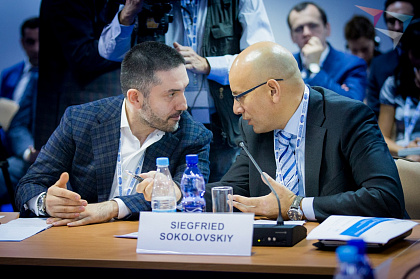 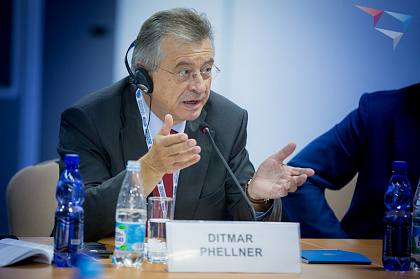 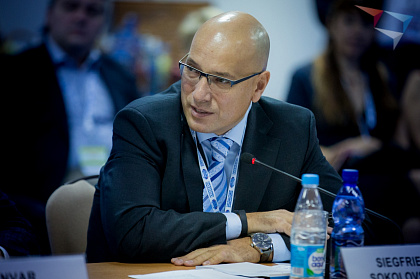 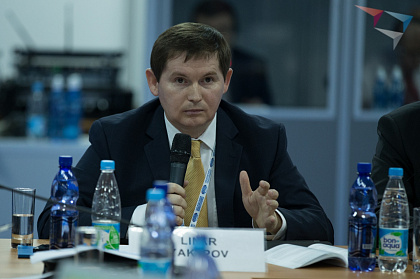 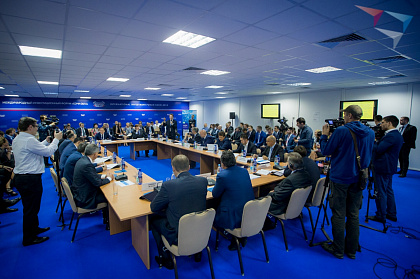 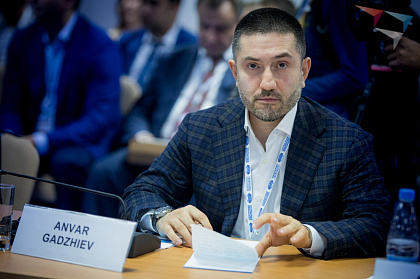 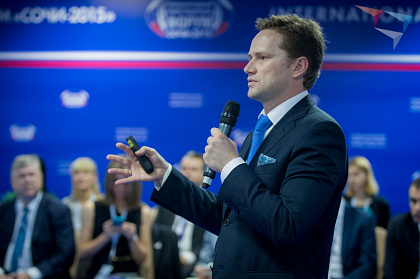 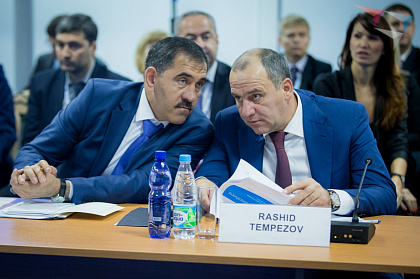 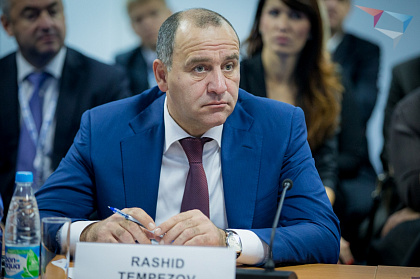 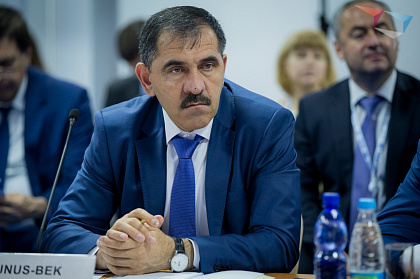 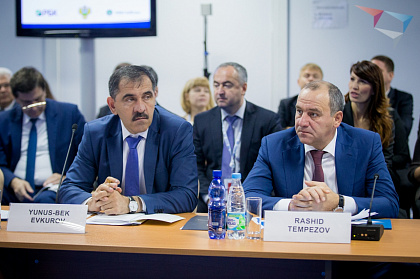 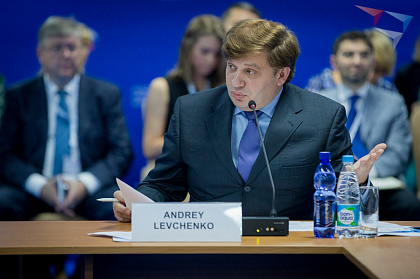 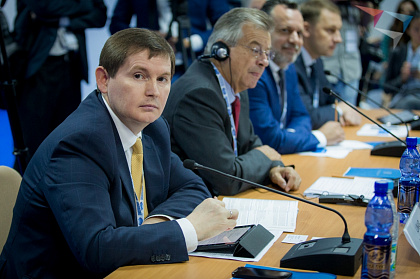 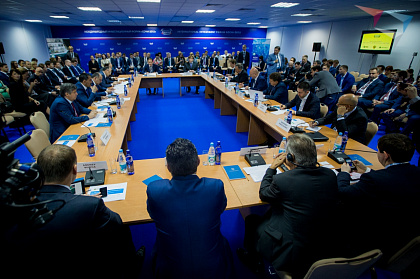 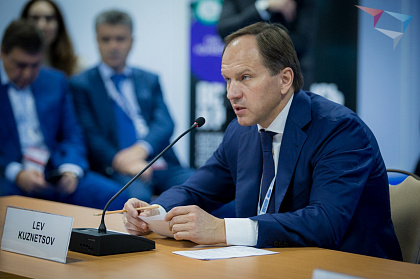 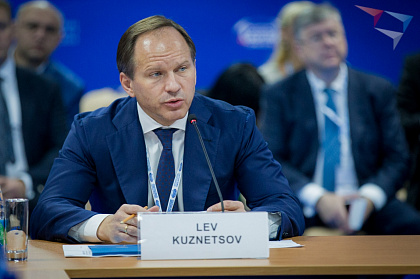 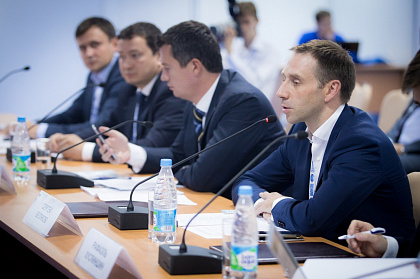 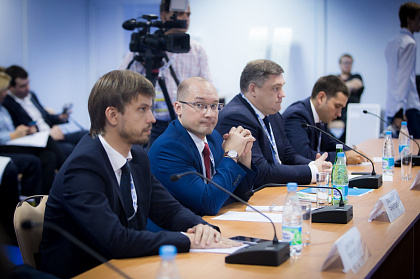 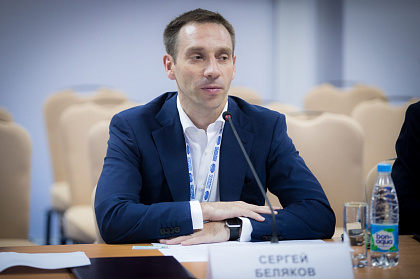