German business plans to expand its footprint in Russia 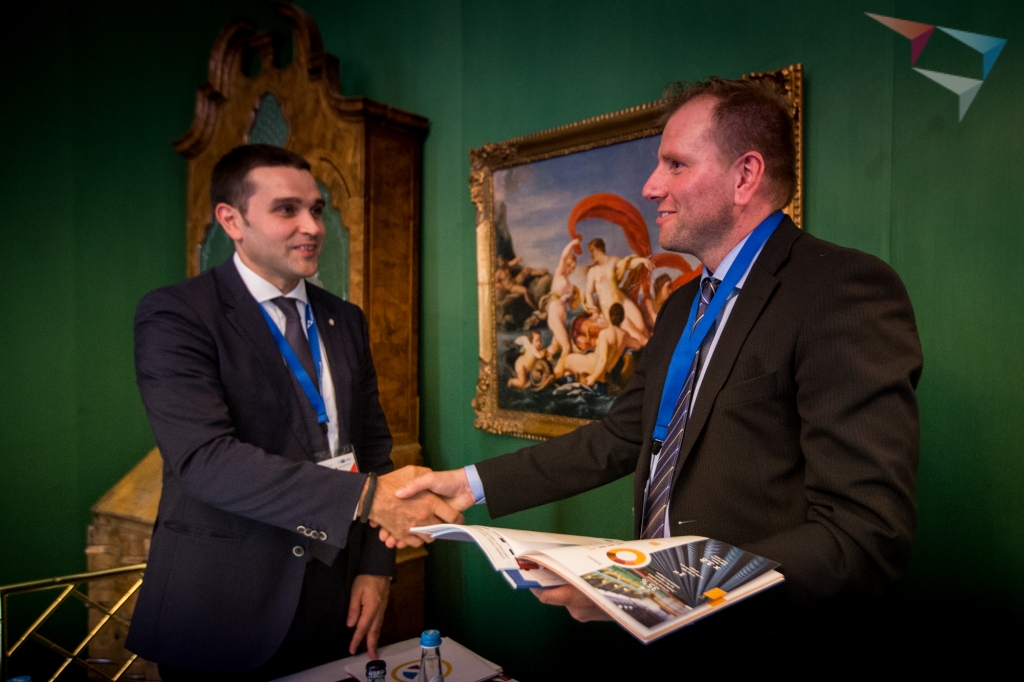 This was stated by the representatives of German companies during the road show of the Russian regions that was held on October 5 and 6, 2015, in Munich. Heads of 8 constitutive entities of the Russian Federation: the Kaluga, Lipetsk, Moscow, Nizhny Novgorod, Tula, Ulyanovsk regions and the Republic of Bashkortostan told their German colleagues about the investment potential of their regions and designated the opportunities for further cooperation.

The event was attended by 240 representatives of the German business, many of whom showed a real interest in the cooperation with Russia.

The meeting was arranged by the Agency for Strategic Initiatives (ASI) in cooperation with the Russian-German Chamber of Commerce with the support of the Consulate General of the Russian Federation in Munich.

“The German business, in particular, Bavarian companies, are traditionally present in the Russian market. I actively deal with the representatives of the German business community, and almost all of them unanimously confirm their interest in the development of bilateral cooperation with the Russian Federation; they say that they have some plans to expand their business activities in Russia. They are ready to discuss it and to move forward together with reliable Russian partners,” - Sergey Ganzha, Consul General of the Russian Federation in Munich stated.

Andrey Nikitin, ASI’s Director General emphasized that Russia is interested in the fact that the representatives of the German medium businesses continue to open here their production facilities.

“Today, in our country we have very favorable tax conditions, an inexpensive labor and a large domestic market. That’s why we are interested in that, following such major companies as Volkswagen, Knauf etc., German medium business comes here. Germany is the largest foreign investor into Russia. The most of foreign companies that produce something in the territory of our country are German companies. Now, because of some political complications, the growth rate has slowed down. At the same time, the development of its own industry has become very important for Russia. We strongly expect that medium German machine-building, machine-tool companies will come to Russia to develop here their production facilities. There are some “islands” of German expansion developed in the Kaluga, Tula and other regions, that’s why German businessmen should not be afraid to follow the already beaten track,” Andrey Nikitin said.

Vladimir Popov, Minister of Economic Development of the Kaluga Region noted that the region has already accommodated over 20 German companies, including Benteler Automotive, Continental, MAHLE RUS, Big Dutchman, etc. The German business not only continues working, but it increases the level of its presence in the Russian territory. Thus, in September 2015, in close proximity to the Volkswagen automobile company in Kaluga, an engine plant was officially launched, which allowed for creating here about 400 new jobs.

Germany is the largest international partner of the region. The foreign trade turnover with this country, according to the Ministry of Economic Development of the Kaluga Region, has reached 1.3 billion euros in 2014, which is about 24 pct of the overall foreign trade turnover of the region. For comparison: the share of China, the second largest economic partner of the Kaluga Region equals 9.16 pct.

The Governor of the Tula Region Vladimir Gruzdev also cited several successful examples of cooperation with the major German enterprises. Notably, he stressed that Baltika (a member of the Carlsberg group) just recently purchased 80 pct of barley abroad, and now it buys all 100 pct in Russia, of which 70 pct originate from the Tula Region. According to the Governor, Carlsberg is now considering the possibility to extend the Russian barley supply network into its European subdivisions.

The Head of the Ministry of Construction Mikhail Men told about how the work to attract investments (including foreign ones) in the sphere of housing and utilities is arranged in our country. “Since 2016, we will introduce a long-term tariff regulation in the Russian Federation. This gives the investors a clear understanding of what will be the tariff formula in 5 years. This is what the business community was so waiting for from our agency, and the basis that the potential investors will rely upon. We have also changed the principles of a concession agreement wherein a long-term tariff formula will be fixed for the whole period of the concession agreement. If the agreement is concluded for 30 years, the formula shall be calculated for 30 years as well. And the third fundamental point, which was requested by the business, is that now the entrepreneurial profit will be fixed in the tariff,” the Minister explained.

Following the presentation part of the road show, a series of bilateral meetings were held between representatives of the Russian regions and German companies. Some participants of these negotiations decided to share their impressions of the event and to talk about their future plans.

Hubert Altenried, Manager of Ecogas: “Our company is not yet represented in Russia, but we want to apply our technologies in the territory of the Russian Federation. Some Russian regions need a large amount of energy and heat. Russia has a huge agricultural potential, very large areas, and it is possible to produce here biogas from alternative sources, such as organic animal waste. We are looking for partners in Russia who will manufacture our plants, whereas we will provide our technologies and perform engineering works.”

Matias Letschert, a representative of Vereinigte Fuellkoerper-Fabriken GmbH&Co.KG: “The Russian market is a really large one, that’s why we need partners for cooperation inside Russia. I tried to use the today’s meeting to find partners for possible cooperation and collaboration. Today, I’ve met the heads of four Russian regions, and presented them our company. They listened to me with a great attention. I hope that our agreements will result in a real business.”

The ASI has been arranging road shows of the investment potential of the Russian Regions since November 2014. Such meetings have already passed in Italy, the UK, and Japan. Following the road show held in London in late March 2015, Smith & Nephew, a large British company leading in the market of medical technologies decided to localize its production in the Moscow Region.
20 photos
Expand 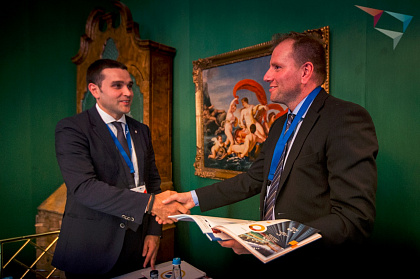 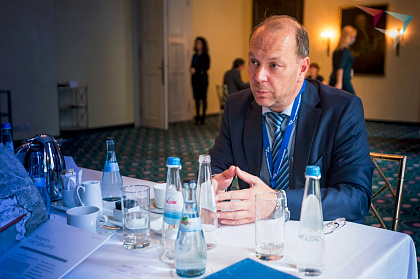 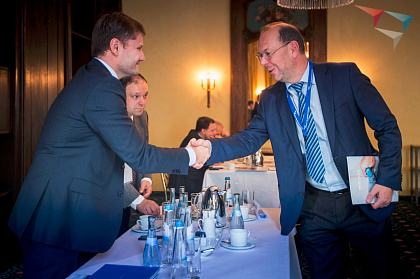 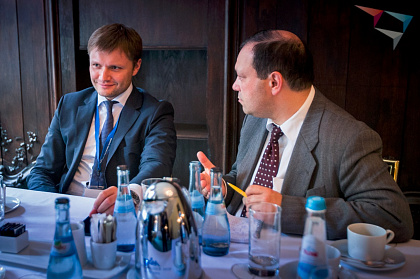 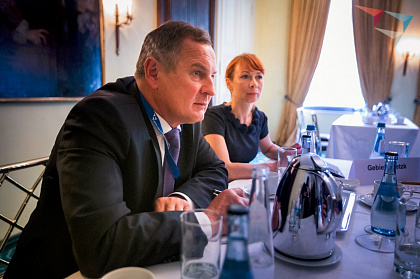 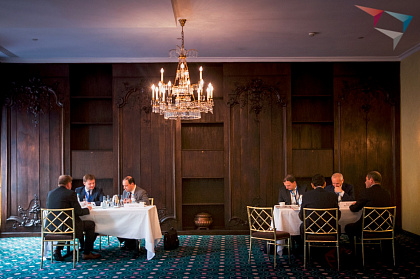 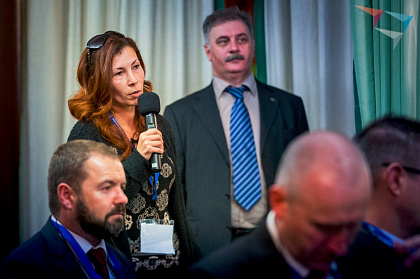 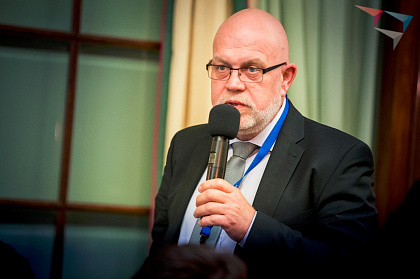 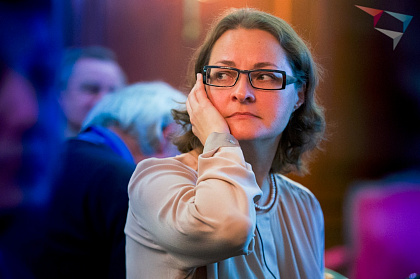 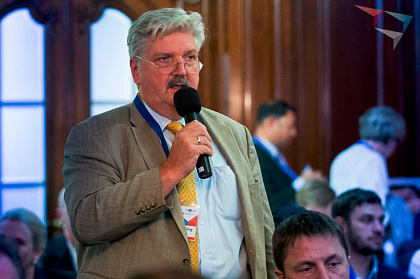 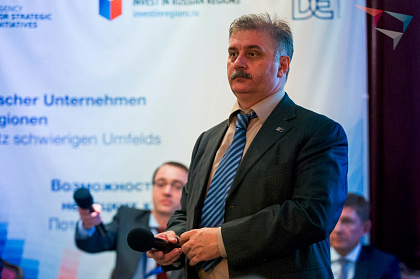 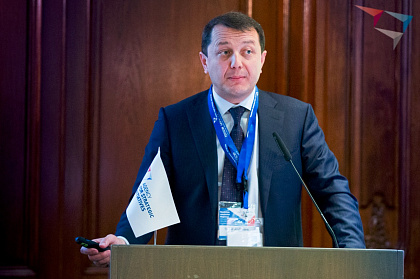 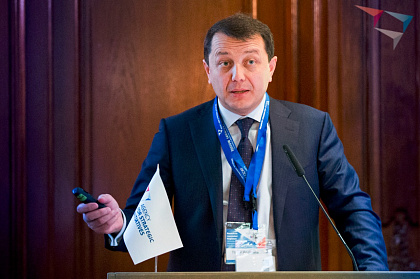 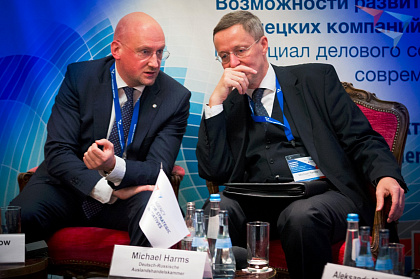 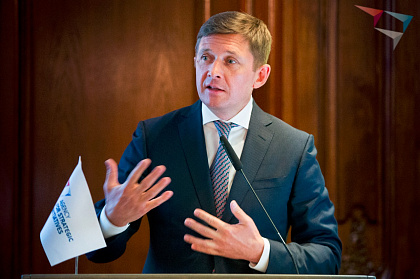 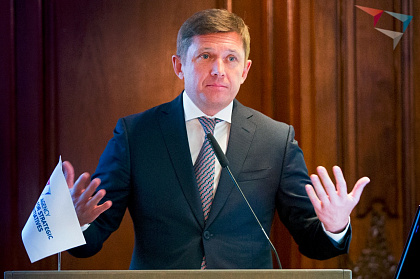 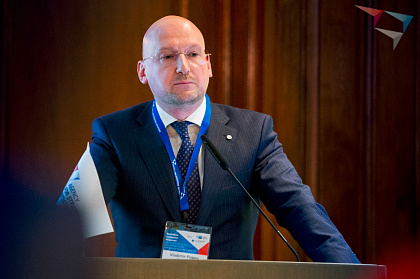 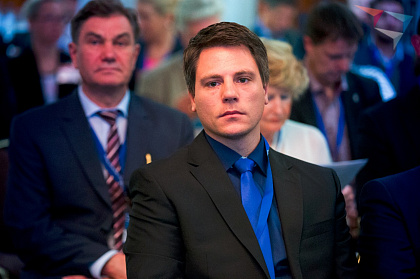 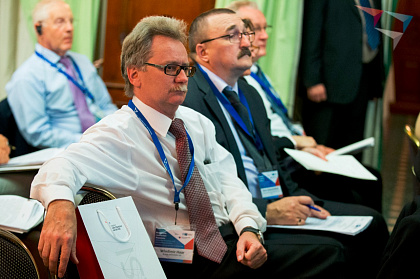 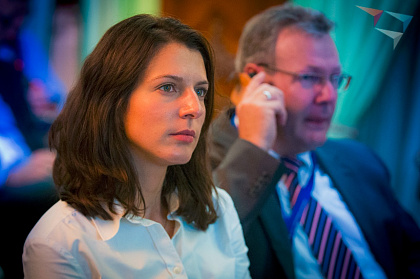