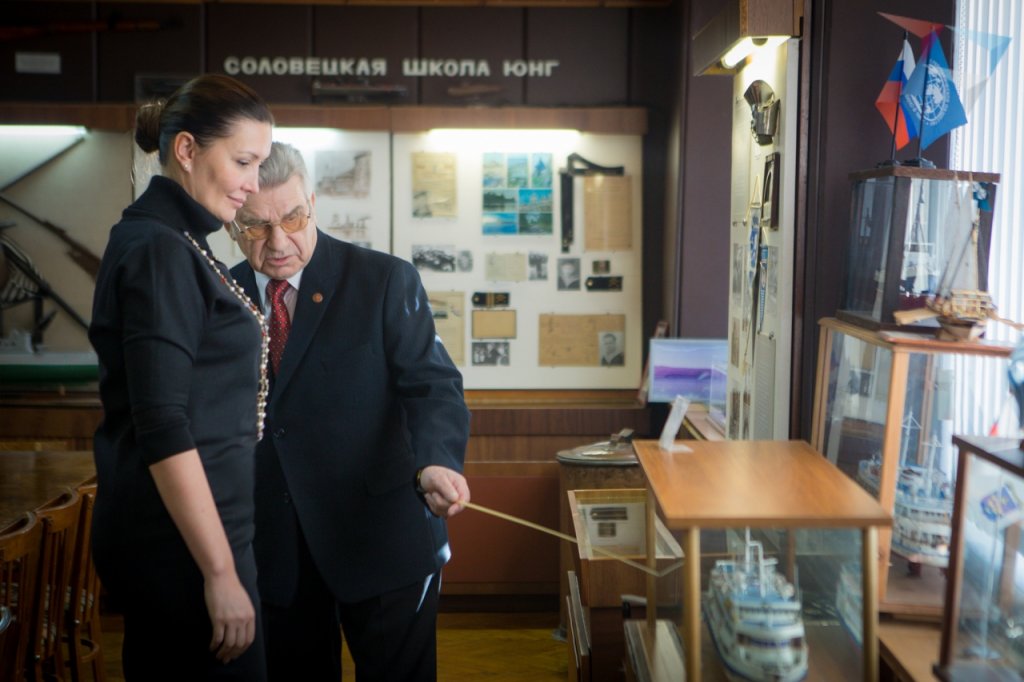 The Marine Center of Captain N.G. Varukhin is to receive more than RUB 200 M from the budget for the project named Russia is a Country of Seafarers of the XXI Century. The decision was made by the participants of the interdepartmental working group for the development and implementation of the National Technology Initiative (NTI) under the Government Commission for Modernization of the Economy and Innovative Development of Russia. The meeting was chaired by the Assistant to the President Andrei Belousov.

The project involves personnel training for the marine industry; for this purpose, the center has repair shops, a boathouse, a slipway, a lighthouse, its own berth, a training fleet, and four vessels: Mr. Veliky Novgorod, Mikhail Balaban, Ilmera, and Dolphin. They will be equipped with high-tech equipment and simulators, including those with augmented and virtual reality. The Center is expected to use digital products from companies participating in the NTI ecosystem and possessing the competencies of unmanned seamanship and e-Navigation. Around 8,000 children are planned to be involved in the project by 2025.

"[Captain] Varukhin has basically committed a civilian act of heroism. For a half-century, he has preserved the unique marine center, and today the institution plays an important role in the additional education system of the city and the region", the Governor of the Novgorod Region Andrei Nikitin noted. "Therefore, it is absolutely fair that our country's state-of-the-art capabilities and technologies will appear exactly in the Marine Center of Captain N.G. Varukhin – the place with talented people who deeply care about their idea and put their heart and soul into it."

According to him, the project would be useful for the residents of the city and would attract youth from the entire Russia, with the center's knowledge and competencies needed to be shared with other regions.

In February 2019, General Director of the ASI Svetlana Chupsheva had visited the center of Nikolay Varukhin and had met the captain, Novgorod Region Television broadcasted. "Children from all over the world and from the entire country come here, choose this profession, and are able to complete training to become captains. Today, Nikolay [Varukhin] has told me that 50% of alumni later start working in this profession rather consciously – this is the highest appraisal of the club and its activities," the head of the ASI said. They also agreed to jointly work on the project for the professional orientation of youth.

The Marine Center of Captain N.G. Varukhin has operated in Veliky Novgorod since 1967. He is the only representative of Russia in the International Association of Naval Cadets that comprises 22 countries. More than 650 children aged 9 to 18 are trained at the Center annually.

Russia is a Country of Seafarers of the XXI Century is a pilot project in the framework of The NTI Kruzhok Movement roadmap. Under the project, a system for detecting, developing, and supporting talented youth for promising professions in the Marinet market would be created at the premises of the Marine Center. The system is based on the innovative technologies of The NTI Kruzhok Movement, modern navigation equipment, and digital products from companies participating in the NTI, as well as the subsequent distribution of education methods and programs in other regions.

The NTI Kruzhok Movement is a countrywide community of technology enthusiasts; its aim is to train next generation entrepreneurs, engineers, scientists, managers. The roadmap of the NTI Kruzhok movement is approved for this purpose.