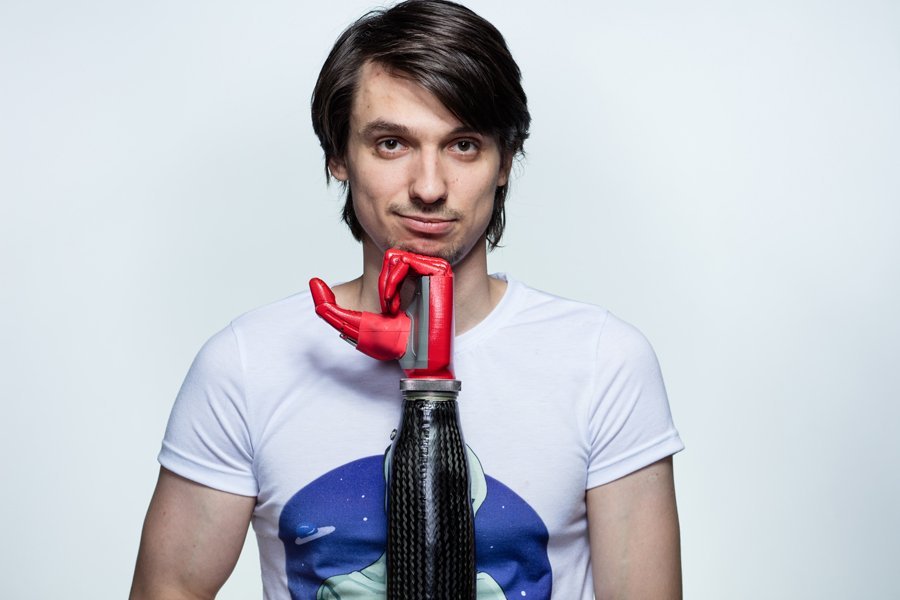 A joint project of Russian companies "Beeline" and "Motorica" remote monitoring and high-tech assistive devices have won the international competition for the GSMA Global Mobile Awards, 2019 in the category "Best Use of Mobile for Accessibility & Inclusion". The winners were awarded in Barcelona on February 26.

General Director of "Motorica" Ilya Chekh compared the prize with the prize "Oscar" in the field of telecommunications.

"Here's Oscar on the telly. What's with the Telekom? All robotic motor prostheses are now a wearable gadget with a network connection. In the near future, we will integrate even more cool features and turn the prosthesis into a full-fledged wearable gadget that will significantly expand the capabilities of our users in the digital world around us", - wrote Ilya Cheh on his Facebook page.

In the PR-service of "Motorica" noted that the world's first project for remote monitoring of high-tech assistive devices, they launched together with the company "Beeline" in 2018. Combining modern bionic prostheses with mobile operator technologies, according to the developers, will solve one of the main problems of patients - complex device management.

The company explained the principle of "smart" assistive devices: prosthetic hands "Stradivari", equipped with a GSM-module connected to the IoT-platform Beeline. In the personal office of "Motorica" rehabilitation doctor can see aggregated and processed information on the operation of the prosthesis and adjust the learning process or daily use online.

Connecting the bionic prosthesis to the Internet and the operator's technology platforms was the first step in creating a digital space around people with disabilities and an ecosystem of medical services from the operator in the future.

The European organization GSMA annually holds the global Mobile Awards competition within the framework of the mobile World Congress exhibition. Prizes are awarded to the world's best technology companies in various categories.

The company "Motorica" is a resident of the cluster of biomedical technologies of the Skolkovo Innovation Center and implements projects with the support of the Agency for strategic initiatives (ASI). "Motorica" creates traction and bionic prostheses of the upper extremities and a training system for their users. The task of the project team sees the creation of prostheses, which not only compare in capabilities with the real hand, but also surpass it. For this purpose, modern methods of prosthesis control (removal of electrical impulses from the muscles) are used, and the prostheses themselves receive additional functions: they are embedded with color displays, digital equipment control units or a radio-controlled model, cameras.